Spinach, the green leafy vegetable full of nutrients, might have found its new purpose aside from providing energy in humans - providing a clean alternative for fuel cells and batteries.

A study made by researchers from the Department of Chemistry at the American University showed that by using the vegetable as a base for fabricated carbon nanosheets, it can be used as a catalyst for starting oxygen reduction reactions in metal-air batteries and fuel cells. Their work is published in the journal ACS Omega. 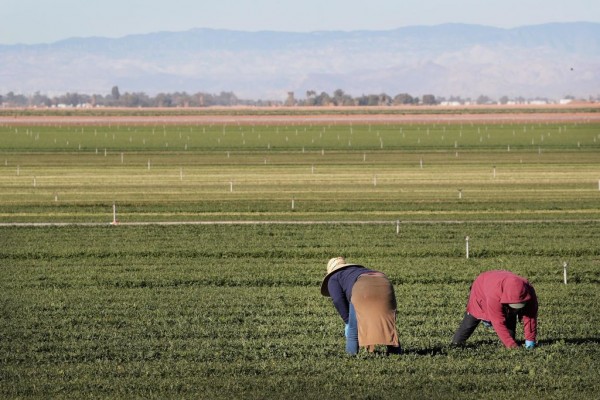 Oxygen reduction reaction (ORR) in fuel cells is one of the two main reactions that occur inside fuel cells and metal-air batteries. Usually, this is the slower process and is key to limiting the energy output that can be drawn from these devices. The press release from American University notes that researchers have previously known and identified carbon materials that can catalyze the reaction. However, carbon-based catalysts generally perform less compared to the platinum-based ones.

This led the researchers to work on finding an efficient catalyst that is less expensive and less toxic during the preparation process. Finding readily available resources, they used spinach for the experiment.

"This work suggests that sustainable catalysts can be made for an oxygen reduction reaction from natural resources," said Shouzhong Zou, lead author of the study and a chemistry professor at AU. He explained that their method produces "highly active, carbon-based catalysts" using spinach, renewable biomass, as the source material.

"In fact, we believe it outperforms commercial platinum catalysts in both activity and stability. The catalysts are potentially applicable in hydrogen fuel cells and metal-air batteries," Zou added.

In batteries and fuel cells, catalysts are materials that speed up the chemical processes, in this case, ORR, to produce enough current and start transferring energy. Spinach, as a base material for creating a new catalyst, is promising because it is abundant, easily renewable, and survives in low temperatures. Also, spinach is rich in iron and nitrogen, elements that are necessary for supporting ORR processes.

To create their novel carbon catalyst material, researchers took the spinach into a multi-step process that involves a number of steps including juicing with a blender, freeze-drying, grinding, carbonizing, and heat treatment. They then conducted tests to observe its ability to perform the electrochemical reduction of oxygen. A quasi-rectangular voltammogram was observed in the sample doped with nitrogen, suggesting that only the capacitive charging current was available in the sample. On the other hand, when they saturated the sample with oxygen, it showed strong reduction peaks.

From these results, researchers believe that aside from spinach, other plants that can accumulate metals can be used as natural precursors for better heteroatom-doped carbon catalysts. Moving forward, researchers are now looking to use their catalysts into prototype devices such as actual metal-air batteries or hydrogen fuel cells to better assess their performance.

Check out more news and information on Spinach in Science Times.