Mice research shows that ageing impacts a brain circuit that is important for learning to make certain choices.

They also lose their motivation to learn new things or participate in daily tasks as people mature. MIT neuroscientists have now established a brain circuit in a study of mice crucial for preserving this form of inspiration.

Making a choice to learn involve weighing the expense and benefit of a specific action. This circuit on our brains is especially relevant to this. The researchers found that by reactivating this circuit, they could improve the incentive of older mice to participate in this form of learning. They could also minimize motivation by suppressing the circuit. 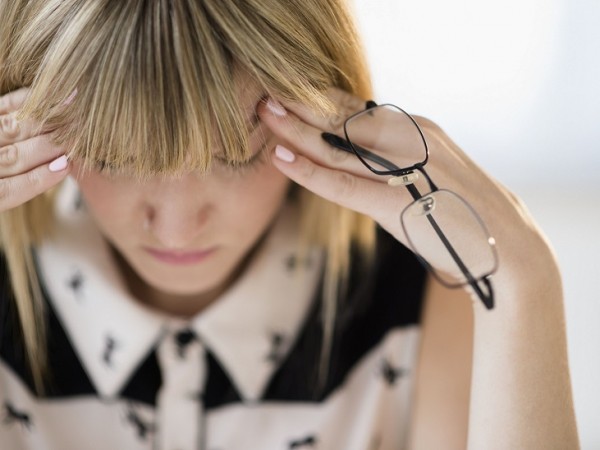 (Photo : New Study Shows Brain and Memory Decline Due to Stress on the Job)

"As we age, it's harder to have a get-up-and-go attitude toward things," says Ann Graybiel, an Institute Professor at MIT and member of the McGovern Institute for Brain Research. "This get-up-and-go, or engagement, is important for our social well-being and for learning - it's tough to learn if you aren't attending and engaged."

The striatum is part of the basal ganglia, a set of brain centers related to pattern development, voluntary activity regulation, emotion, and addiction. Graybiel's group has been researching clusters of cells called striosomes spreading in the striatum for many decades. Graybiel identified striosomes a few years earlier. But its function remained elusive, partially because they are so tiny and deep within the brain that functional magnetic resonance imaging ( fMRI) is challenging to picture them.

Friedman, Graybiel, and colleagues, including MIT research fellow Ken-ichi Amemori, have discovered in recent years that striosomes play an essential role in the form of decision-making known as conflict of approach-avoidance. Having to select whether to accept a position that pays better but demands a step away from family and friends illustrates this kind of choice. Such options also cause considerable anxiety.

Graybiel's lab observed in a similar analysis that striosomes bind to substantia nigra cells, one of the brain's main dopamine-producing centers. These studies have led researchers to hypothesize that striosomes may serve as a gatekeeper that absorbs and integrates sensory and emotional data from the cortex to decide on how to act. The dopamine-producing cells can, therefore, invigorate these acts.

The researchers later observed that persistent stress has a significant effect on this circuit and on this form of emotional decision-making. In a 2017 study conducted in rats and mice, they found that stressful animals were much more likely to select high-risk, high-payoff alternatives, but that by controlling the circuit, they could block this effect.

The researchers set out to explore what occurs in striosomes in the latest Cell sample when mice learn how to make certain forms of choices. To do so, they assessed and evaluated the behavior of striosomes when mice learned to choose between the sound and adverse effects.

The mice detected two separate tones during the trials. They are followed by a reward (sugar water), and another combined by a slightly aversive stimulation (bright light). The mice eventually discovered that they would get some of the sugar water if they licked a spout more when they noticed the first sound, and if they licked less at the second one, the light would not be as bright.

Learning to conduct this kind of activity needs each expense and each incentive to be given importance. The researchers observed that striosomes displayed greater activation than other areas of the striatum when the mice learned the mission, and that this activity was associated with the behavioral responses of the mice to both tones. This indicates that striosomes might be important for a given finding to be granted subjective importance.

First, the researchers observed that mice's dedication to studying this form of cost-benefit analysis decreased in older mice (between 13 and 21 months, approximately equal to persons in their 60s and older). Around the same period, relative to that of younger mice, their striosomal activity decreased. Researchers observed a similar lack of motivation in a mouse model of Huntington's disease, a neurodegenerative condition that affects the striatum and its striosomes.

When the researchers used genetically targeted drugs to enhance striosome function, they observed that the mice were more interested in the task's success. In comparison, striosomal activity repression culminated in disengagement.

Many mental health problems may skew the capacity to assess the risks and benefits of an intervention, from anxiety and depression to diseases such as PTSD, in addition to natural age-related deterioration. A suicidal person, for instance, might overlook potentially fulfilling experiences, whereas someone who struggles from addiction may overestimate narcotics but undervalue items such as their career or their families.

Researchers are already focusing on new medication therapy that could stimulate this circuit and propose that educating patients with biofeedback to maximize activity in this circuit could provide another possible route to strengthen their cost-benefit analyses.

Check out more news and information on the Brain on Science Times.