In 2018, NASA's Opportunity rover stopped working after landing on Mars due to a dust storm that weaned off its solar power and drained the batteries. A recent study suggests that the same type of storm could have been the cause of the Red Planet losing its water.

"Mars was once a wet planet," wrote the researchers, but most of it was lost through hydrogen escaping the upper atmosphere and into space. Evidence was confirmed by NASA's Mars Atmosphere and Volatile Evolution (MAVEN) orbiter.

MAVEN entered Mars' orbit in 2014 with the mission to enter the upper orbit and observe the entire planet. The data sent back to Earth gave scientists a better understanding of the climate history of Mars.

How did a possibly habitable planet become barren? Did Mars erode due to solar wind? These were some of the questions MAVEN's mission could have answers to.

A recent study in the journal Science reveals how dust storms could have pumped out all the surface water into space and effectively making Mars dry, explained Anna Fedorova from the Space Research Institute of the Russian Academy of Sciences.

One of the ways hydrogen escaped Mars is from the Sun's ultraviolet light. UV light can split water on the planet's surface, sending small amounts of hydrogen and oxygen to the upper atmosphere and into space.

Moreover, MAVEN detected a global dust storm during 2018 while water was escaping into space, explained Shane Stone from the University of Arizona. Dust storms causing water loss were first suspected in 2014 after UV observations were made years earlier by the Mars Express orbiter and the Hubble Space Telescope. 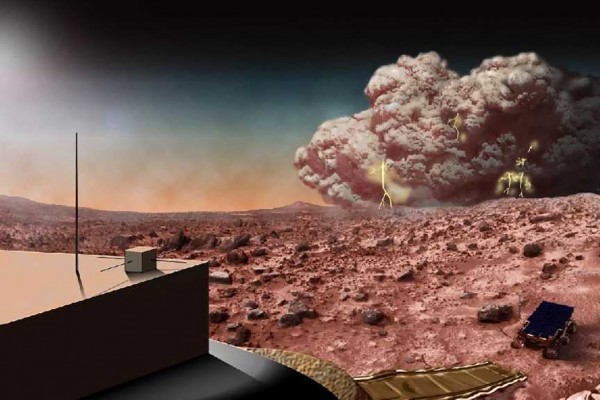 Both research teams noticed a fluorescent fog of hydrogen in the atmosphere during a global storm in 2007 which could have possibly come from water. It was the first sings " of something weird going on," said Michael Chaffin from the Mars Express team.

The ExoMars Trace Gas Orbiter (TGO) also found evidence of water in the upper atmosphere during the summer season in the southern hemisphere. There were traces of water and semiheavy water when "warmer temperatures during the dust storm causing stronger atmospheric circulation and preventing ice cloud formation," and confined water vapor instead, wrote the authors in another study. The water vapor in the lower atmosphere is then swirled into the atmosphere than to space during the storm.

Read Also: NASA: The Perseverance Rover is Halfway To Mars

Carbon dioxide could possibly be ionized by solar wind and "vigorously splits the water molecules apart." The team also calculated that Mars lost water the amount of a global ocean that was 82 feet deep.

However, it remains uncertain if dust storms and solar wind dried up Mars recently or billions of years ago. It is also possible that the planet used to have a protective magnetic field that failed to protect the ocean from solar wind and dust storms. It may also be possible that all these speculations will be answered by samples that NASA's Perseverance Rover will bring back to Earth.