Indigenous people were shocked to find the dead body of the rare white moose in northern Ontario, Canada, which is considered a sacred being by indigenous peoples in the region.

Hunting is strictly prohibited and banned in the area where the dead body of the moose was found. The killing of the white moose last month outraged and saddened many people, which sparked the desire to find the culprit of this heinous crime.

Various groups have already set a reward for anyone who can give information on the identity of the people responsible for illegally shooting the rare white moose in the Foleyet area, northwest of Timmins. As of today, the reward money stands for $8,000.

According to The Guardian's report, the rare white moose have been spotted in Foleyet for more than 40 years. Certain indigenous peoples in Canada called the Flying Post First Nation, refer to the white moose as a "spirit moose." Despite its color, the white moose is neither an albino nor a distinct species, instead, it owes its white appearance to a recessive gene. 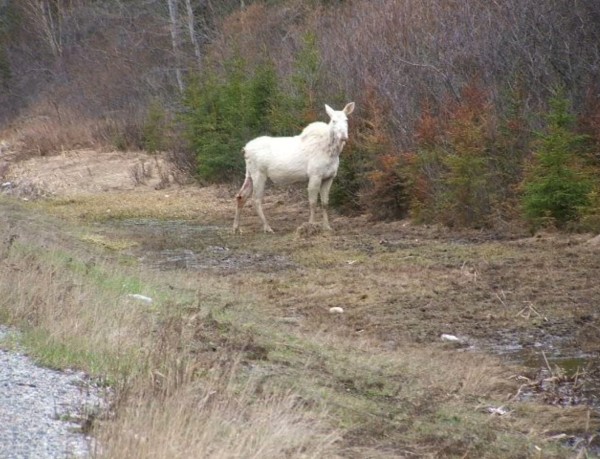 CTV News reported that the province where the white moose was killed bans hunting the animal and that there is even signage warning people not to kill the female white moose.

The culprits of the crime have left the remains of the white moose and its head discarded on the road, and killed another female moose, according to The Guardian.

Flying Post chief Murray Ray said that indigenous peoples are outraged and sad about what happened. He added that if those responsible have the license to kill a moose, then they could shot another one just leave the white ones alone.

No Leads Yet On the Culprit

The Ontario Ministry of Natural Resources and Forestry is now investigating the matter. However, the authorities said on Friday, last week, that they have not yet received any reports or leads to the person responsible for killing the white moose.

Acting media relations officer for the Ministry of Natural Resource and Forestry wrote to CTV News, which read: "Our investigation continues into identifying the individual(s) responsible."

Troy Woodhouse said that he hoped the reward would help the killing of the white moose get more attention to find the culprit of this crime quickly. It seems to have worked since they already received many responses of genuine concern about the spirit moose. However, there is no concrete lead yet on the identity or whereabouts of the culprit.

Rene Turgeon, an Aboriginal business owner, was inspired by Woodhouse and decided to add C$1,000 for any information likewise the other crime-stopping organizations have also donated, which brings the total reward to C$9,000 ($6,850).