A team of scientists from the University of Texas in Austin revisited the idea of a liquid-mirror telescope on the moon that first floated more than a decade earlier but was shelved by NASA. In a forthcoming edition of The Astrophysical Journal, the researchers are expected to report a fresh paper on the theory.

Although the much-delayed NASA James Webb Space Telescope would be able to stare deeply into the past, certain scientists want to travel even farther back. A radical idea for a lunar telescope that will carry humanity is to explore the first stars.

Astronomers also theorized that 13 billion years earlier, before galaxies came together, the first stars developed. This first-light moment lies outside the capability of existing or near-future telescopes.

"It is therefore important to think about the 'ultimate' telescope, one that is capable of directly observing those elusive first stars at the edge of time," said co-author Volker Bromm in a McDonald Observatory statement on Monday. 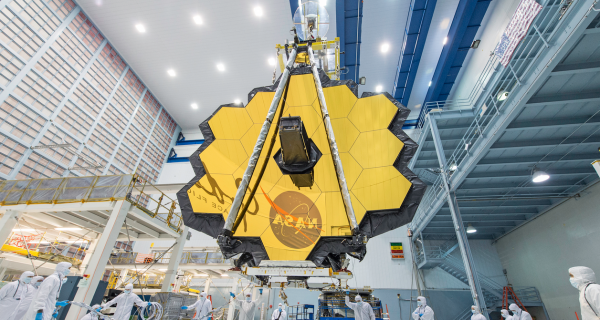 It will be rare for the moon telescope to depart from the usage of strong mirrors, as we have seen with James Webb. The mirror of the telescope will be a liquid revolving vat topped with a metallic - and hence opaque - liquid," the observatory added." For this use, Mercury is an indicator of a metal that functions.

The mirror will need to have a diameter of 330 feet (100 meters) and should be installed into a lunar crater at one of the moon poles. It was able to operate on solar fuel.

It will be cheaper to ship a liquid-based telescope to the moon than one that is constructed from more conventional materials. Its position and scale will render it extremely strong.

The lunar observatory will be renamed the 'Ultimately Broad Telescope,' following certain fun Earth-telescope name conventions (check out the Very Large Array in the US and the Very Large Telescope in Chile).

This isn't the only idea physicists are exploring with the moon telescope. NASA is financing studies into a radio telescope concept that will transform a lunar crater into a platter. Using robotics to deploy a wire mesh over a crater will entail this.

The first stars are the ultimate tale of origin.

"The emergence of the first stars marks a crucial transition in the history of the universe," Bromm said per CNet. When the primordial conditions set by the Big Bang gave way to an ever-increasing cosmic complexity, Bromm said it would eventually bring life to planets, life, and intelligent beings like us."

Not The First Proposal

According to Gizmodo, this is not the only idea for a large telescope to be installed on the Moon. Saptarshi Bandyopadhyay, the NASA JPL roboticist, presented his vision for a lunar observatory that would be constructed inside a large impact crater.

The Lunar Crater Radio Telescope will be an ultra-long-wavelength radio telescope capable of detecting some of the smallest and most remote signals passing across space, unlike the Ultimately Broad Telescope (which would search for infrared light sources). The project by Bandyopadhyay is currently in step one of the Creative Advanced Concepts (NIAC) program of NASA.