Elon Musk Eyes Building a Martian City From Glass Domes to Terraform; Would It Be Risky?

SpaceX CEO Elon Musk intends to build a city on Mars. It is a mission to render the Martian planet more Earth-like and will serve a precursor. To create his human colony on Mars, Musk intends to provide accommodation for commercial fleets.

The SpaceX CEO clarified on his Twitter account that this city would entail "living in glass domes at first The world can "eventually" be "terraformed to sustain existence, like Earth. Though the process of planet-changing will be too sluggish to be important in our lifetime, Musk want to create a human base in the Red Planet in our lifetime.

Musk intends to provide accommodation for commercial fleets to create his own human colony on Mars by 2050.

Although space fiction films have already presented Martian settlements, as Musk wants to start construction in 2024, some say it is not feasible.

According to a 2019 report, Terraforming Mars is a big mission that could take around 3,500 nuclear warheads per day. Thousands of nuclear fires will raise the air pressure of the Earth to hit breathable amounts, as well as remove the ice caps of the planet to unleash carbon dioxide, which will be limited to greenhouse gases.

Musk admits that terraforming Mars would take a long time to enable humans to breathe freely on Martian territory. "Terraforming will be too slow to be relevant in our lifetime," Musk wrote in another tweet. The CEO continued, however, that within our lifespan, humans will start constructing a human base on Mars while potential spacefaring humans can find the ruins left in Martian soil and they will be pleased by how our generation has been able to create a megacity beyond Earth.

Terraforming will be too slow to be relevant in our lifetime. However, we can establish a human base there in our lifetime. At least a future spacefaring civilization – discovering our ruins – will be impressed humans got that far. — Elon Musk (@elonmusk) November 18, 2020

How will SpaceX accomplish it?

To accomplish the first phase in this strategy, the firm is currently designing the Starship. When combined with the Super Heavy booster, the completely reusable ship, standing about 400 foot long, is built to carry over 150 tons or 100 people to space at once. In August, SpaceX launched a full-size ship concept at an altitude of 500 miles, with aims to launch much higher over time.

Compared to the kerosene-fueled Merlin engines on the Falcon 9, the Raptor motors use liquid oxygen and methane as fuel. That means that humans will land on Mars, collect the planet's oxygen, and then return home or go farther out. In October, the New York-based Air Business unveiled designs for such a fuel station.

SpaceX announced that the fuel station would be part of the original platform, with the boats serving as the original habitats. In October, Musk reported the first crewed Starship missions to Mars could commence in 2026.

Won't it be risky? 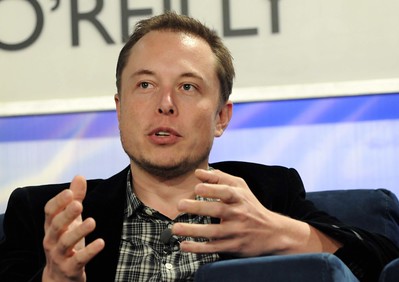 SpaceX is getting ready for Starship's orbital test flights in 2021, according to The Sun. The first Starship en route to Mars will be deployed as early as 2024 if all goes well according to plan.

SpaceX will require a fleet of 1,000 ships to carry about 300 people every day to create and maintain a city on the Red Planet, with Musk's target of getting one million people to Martian soil by 2050.

The Hawthorne, California-based corporation, however, is still designing the interior and cabin of the rocket for passengers, so Musk declined to go deeper into the specifics as they are still focused first on making the Starship functional.

More than transporting travelers, though, Musk is more concerned with creating a self-sustaining town on Mars.

Musk warned that the process will be very dangerous and there is good chance for passengers to die. "And it's going to be tough, tough going, but it'll be pretty glorious if it works out," said Musk.

Musk said during the Satellite 2020 conference in Washington that his "going to be dead before we go to Mars" if we do not boost the progress for the Martian mission.