A new study found that a drug once used for high blood pressure treatment could help alcoholics with withdrawal symptoms lessen or totally eliminate their drinking.

This said study conducted by a team from Yale University was published on November 19 in The American Journal of Psychiatry.

According to study author Rajita Sinha, neuroscience professor at the Foundations Professor of Psychiatry and Yale Stress Center director, no treatment has been readily available for people experiencing severe withdrawal symptoms. These are those who are at the highest risk of relapse, not to mention the ones who are most likely to end up reporting to the hospital emergency rooms.

The drug called Prazosin was originally formulated to treat high blood pressure. It is also still currently being used to treat prostate problems in men, among other health problems. 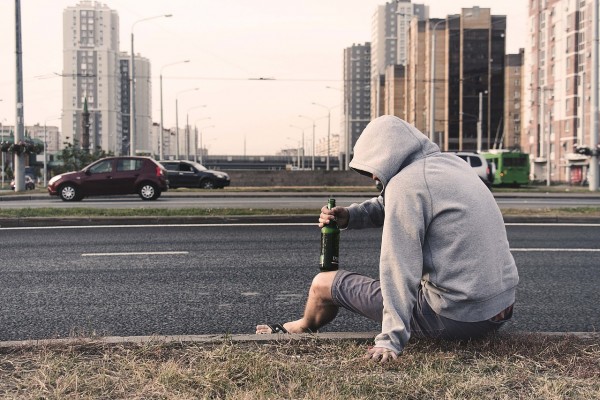 (Photo : Pixabay)
A new study found that those who had more severe symptoms like shakes, excessive cravings and anxiety, as well as difficulty sleeping, who were given the prazonin drug considerably reduced the times they had heavy drinking episodes.

Efficacy of the Drug

Past studies done at Yale had found that the drug is working on stress centers in the brain and contributes to the improvement of working memory and control of both anxiety and craving.

In this particular research, the study authors provided the drug Prazosin or placebo to 100 individuals who entered the outpatient treatment after they were diagnosed with AUD or alcohol use disorder.

As a result, all patients had experienced changing degrees of withdrawal symptoms before they entered into the treatment.

Researchers said those who had more severe symptoms like shakes, excessive cravings and anxiety, as well as difficulty sleeping, who were given the prazosin drug considerably reduced the times they had heavy drinking episodes.

There was also a decrease in days they drank alcohol, compared to the study participants who were given a placebo. In addition, the drug has a slight effect on people who had few or no withdrawal symptoms.

Disruption in Stress Centers of the Brain

In their study, the research team specified that the brain's stress centers are "severely disrupted early in recovery," specifically for people who had withdrawal symptoms and heightened cravings. However, that particular disruption lowers the longer an individual maintains sobriety.

The study authors also said the Prazosin drug could help fill in the gap by curbing cravings and withdrawal symptoms earlier in the recovery, not to mention increasing the likelihood that patients stop drinking.

One drawback, as Sinha specified, is that in its present form, this drug should be administered three times a day to experience its efficacy.

Alcoholism and the Best Time for Treatment

When struggling with an AUD, one may feel as though there is no end in sight. There are lots of treatment options available today, though, that will help people recover from alcoholism and go back to healthy living.

Dealing with alcoholism, though, is not an easy task. According to a study, less than half of individuals deteriorate after achieving a year of sobriety.

That figure decreases to below 15 percent who relapse following five years of sobriety. For the biggest chance of long-term sobriety following completion of an inpatient or outpatient program, there is a need for the patient to take part in local support groups and carry on with counseling.

Check out more news and information on Addiction in Science Times.