After AstraZeneca’s Admission of Error, Difficult Questions About its Vaccines Transpire

This week's announcement that a cheap, easy-to-make COVID-19 vaccine appeared to have up to 90-percent efficacy was welcomed with so much elation.

As a British tabloid celebrated saying, "Get yourself a "vaccaccino," noting that the vaccine which AstraZeneca and the University of Oxford celebrated would cost cheaper than one cup of coffee.

However, since the revelation of the initial results, AstraZeneca has recognized a key error in the vaccine dosage which some study participants received, contributing to questions if the apparently spectacular efficacy of the vaccine would hold up under additional trial.

The New York Times reported that researchers and experts in the industry said the mistake and a series of other "irregularities and omissions" in the manner AstraZeneca originally revealed the data "had eroded their confidence" in the results' reliability. 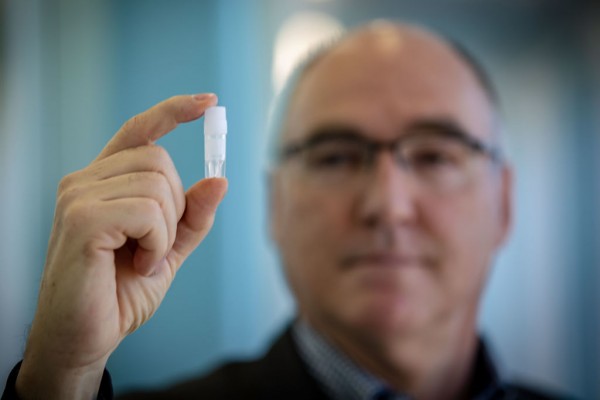 (Photo : Darrian Traynor/Getty Images)
Chief Scientific Officer, Dr. Andrew Nash shows a small vial which indicates the size of the iml of cells that will go into the bioreactor to create 30 ml doses of the AstraZeneca vaccine.

Chances of Emergency Use of the Vaccine Declining

The NYT also reported the United States officials have noted that the "results were not clear." It was the flagship federal vaccine initiative head, it said, and not the company, who first revealed that the most promising result of the vaccine "did not reflect data" from older individuals."

The outcome, according to experts, is that the chances of regulators in the US and elsewhere rapidly authorizing the emergency use of the AstraZeneca vaccine are declining, an unforeseen hindrance in the worldwide campaign to combat the COVID-19 crisis.

According to an analyst for the SVB Leerink investment bank, Geoffrey Porges, he thinks "that they have really damaged confidence" in their entire development project.

Meanwhile, the Spokeswoman for AstraZeneca, Michele Meixell said, the tests were done to the highest standards. Relatively, Menels Pangalos, the company's executive who is in charge of much of the research and development of AstraZeneca, in an interview on Wednesday, defended the firm's handling of the trial, as well as its public revelations.

He said the contractor was the one who made the mistake in the dosage and that, once discovered, regulators were notified right away and signed off on the plan to carry on "testing the vaccine in different doses."

Uncertainties About the Data

The report on this issue said the treatment that appeared to be 90-percent effective was based on participants who received a half-dose of the vaccine followed one month after by a full dose; the less efficient version engaged a pair of complete doses.

As a result, the biggest questions had arisen, like, "why was there a large variation" in terms of efficacy of the vaccine at different doses, and why the smaller dose seemed to generate much better results?

Researchers from both AstraZeneca and Oxford said they did not know. In addition, important information was reportedly missing.

According to the company, the early assessment was based on about 131 symptomatic cases of COVID-19 that had turned up in participants of the study.

Contributing to the confusion, AstraZeneca collected the results from two differently designed clinical tests in Britain and Brazil, a break from the regular practice in reporting outcomes of vaccine and drug trials.

Biostatistician Natalie Dean, also an expert in vaccine trial design from the University of Florida said, she just can't figure out "where all the information is coming from and how it is combining together."

Astrazeneca/Oxford get a poor grade for transparency and rigor when it comes to the vaccine trial results they have reported. This is not like Pfizer or Moderna where we had the protocols in advance and a pre-specified primary analysis was reported. 1/5 — Natalie E. Dean, PhD (@nataliexdean) November 24, 2020

Earlier, she tweeted that AstraZeneca and Oxford "get a poor grade for transparency and rigor" in terms of the vaccine trial results they have disclosed.

Furthermore, with the shares of AstraZeneca declining early this week, company executives held various private conference calls with analysts of the industry in which they revealed details that were not included in the public announcement, and this included how COVID-19 cases broke down across various groups.