In the southwestern United States, turkeys are more popular not as food to serve on the table, especially during a special occasion like Thanksgiving, but as a blanket to keep someone warm during the cold weather.

A new study found a blanket in which early 13th-century Indigenous people in the said part of the US featured over 11,000 turkey feathers woven into nearly "200 yards of yucca fiber."

More so, according to the study authors, people from the region started switching from blankets made of rabbit skin strips to turkey-feather designs during the first 200 years AD. 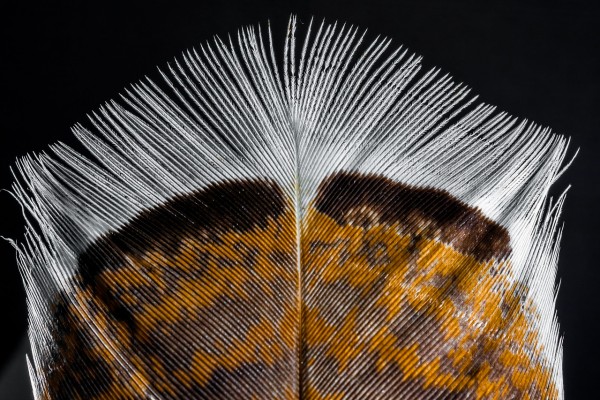 (Photo : Josch13 on Pixabay)
A new study found a blanket in which early 13th-century Indigenous people in the said part of the US featured over 11,000 turkey feathers woven into nearly ‘200 yards of yucca fiber.’

In a statement, Washington State University anthropologist Shannon Tushingham said, as "ancestral Pueblo farming populace flourished," many thousands of blankets made of feathers would probably have been "in circulation at any one time."

The anthropologist added, it is possible that each member of an ancestral community in Pueblo, from newborns to adults, owned one.

A Smithsonian Magazine article wrote, although the early inhabitants of the region had farmed turkeys before the 12th century, they only began to use the birds as a source of food "around 1100 or 1200," when wild game became rare or uncommon because of overhunting.

In the past, the study investigators said, people would painlessly pluck mature feathers from the skinning birds.

This approach enabled them to harvest feathers numerous times each year over the lifetime of a bird of 10 years or more.

Relatively, researchers have discovered that turkeys were frequently buried whole, pointing toward their significance to those who raised them.

Bill Lipe, the study's lead author and a WSU anthropologist, said the birds that provided feathers were likely being considered as "individuals important to the household" and would have been buried whole.

In relation to this, he also said, the respect for turkeys and their feathers remains evident until today in Pueblo rituals. They stand out in these events along with eagle feathers, as being essential both culturally and symbolically.

Blanket-Making Among the Puebloans

Alexa Henry for New Mexico Wildlife magazine reported, the blanket-making process survives up to this present time. In 2018, archeologist Mary Weahkee, from the New Mexico Department of Cultural Affairs, learned by herself how to weave turkey-feather blankets applying the "1,000-year old technique."

It took the archeologist 18 months to produce a two-by-three blanket that required her 17,000 feathers taken from 68 turkeys.

A descendant of Comanche and Santa Clara, she said, "I looked at how the ancestors were creative and patient."

Weahkee is not the only modern researcher who's working for the recreation of the technique. According to the study, both the time and skills required to make a blanket are starting to be evaluated in a growing number of "present-day replication attempts," which include a work Colorado's Crow Canyon Archeological Center's Paul Ermigiotti.

She also explained, these birds were only among the very few domesticated animals in North America until the arrival of Europeans in the 1500s and 1600s.

Turkeys, she added, "had and continue to have a very culturally significant role" in Pueblo people's lives. Their hope as researchers is that their study helps shed light on this very vital connection.

Check out more news and information on Turkey and Animals on Science Times.