China has turned on its record-setting "artificial sun" tokamak, state media announced. This starts with a timetable that China hopes would be equivalent to that proposed for the International Thermonuclear Experimental Reactor (ITER) program.

For the investigation of the fusion process, the capacity to produce those ultra-high temperatures is important. Tokamak is expected to replicate the way the sun creates energy using hydrogen and deuterium gases as fuels.

The Foreign Experimental Thermonuclear Reactor (ITER), under development in southern France, is also planning to function at a temperature of up to 150 million degrees Celsius (270 million Fahrenheit). 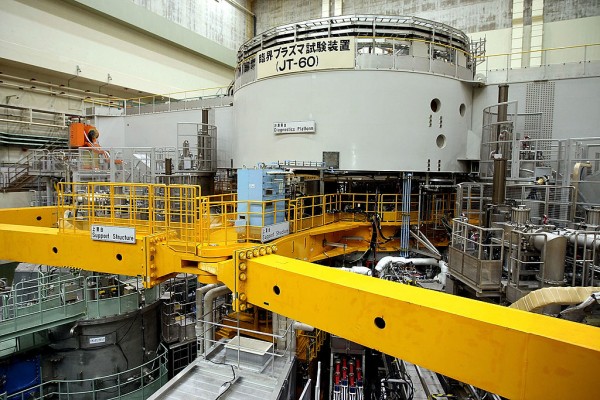 In the last 40 or so years, there have been hundreds of tiny tokamaks in laboratory lab settings around the planet. There, magnetic forces trap the plasma within a tokamak, and these are vulnerable to flaws that can transform into destructive flaws.

It is very difficult to manage them. It took too long to research the tokamak, and often it appeared so difficult, rather than just wildly impractical, to introduce it on a wide scale that a second similar system tried to overshadow it in the public eye.

Around a week ago, the Korea Fusion Energy Institute reported that their reactor had succeeded in working for at least 20 seconds at 100 million degrees Celsius.

Xinhua cited Yang Qingwei, chief engineer of the CNNC Institute of Fusion Technology at the Southwest Institute of Physics, on Friday, saying that HL-2M would reach a period of up to 10 seconds in magnetic plasma confinement.

"HL-2M is China's largest artificial sun with the best parameters," Xu Min, director of the institute, said per Xinhua.

Compared to HL-2A, the new facility also has three times the plasma volume and six times the plasma current strength, and this would greatly boost the research and development of fusion generator technology in China, according to a CNNC announcement overseeing the plant.

Yang said the project will be a "important pillar" for ITER, of which China, along with the United States, India, Japan, Russia and South Korea, are members.

As it prepares to construct an experimental reactor early next year, build an industrial version by 2035 and go into large-scale commercial use by 2050, China intends to improve its fusion technology.

In November, Beijing issued a national technology growth strategy to accomplish breakthroughs in central and core innovations, including artificial intelligence, aerospace research, and deep exploration of the Planet and oceans.

On Thursday, its Chang'e 5 spacecraft removed 2 kg (4.4lbs) of lunar dust and rocks from the Moon well above the atmosphere to return to Earth, while its Tianwen-1 Mars probe spacecraft is scheduled to land on the Red Planet in three months.

Check out more news and information on Thermodynamics and Energy on Science Times.