Biggest Mammal Migration in the World is in Danger

As the red sun shines above a remote area of Zambia's Central province, the sky suddenly gets filled with the sound of flapping wings, and then it becomes black.

According to Al Jazeera, an approximated "10 million straw-colored fruit bats fill the air." The massive colony, experts at the Max Planck Institute of Ornithology, said, "the largest mammal migration in the world," is made up of the second-largest fruit bats of Africa.

At daytime, the bats are settling in the swamp along Kasanka National Park's Musola River, which is said to be home to over 470 bird species and 100 mammals.

During sunset, they set off in quest for wild berries and fruits covering roughly 32 miles and heading back to their swamp nestle at dawn. 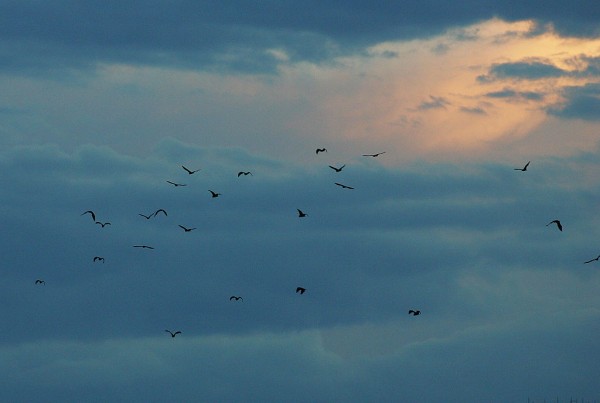 This particular spectacle only happens once every year, between October and December. Nevertheless, according to experts, the almost-threatened bats, critical for restoring the forests of Africa, are currently in danger.

Straw-colored fruit bats, called "the gardeners of Africa," are essential for the restoration of woodland forest, as well as the native fruit trees.

These bats are traveling thousands of kilometers as migratory species. Much remains unknown about their migratory directions or why they flock in such huge numbers at Kasanka. However, as pristine areas and national parks become endangered, their habitats start to disappear.

Community outreach manager James Mwanza from Kasanka Trust, which manages the park said, commercial agriculture is the leading danger to natural resources which both the bats and communities surrounding the park rely on.

Already, more than 24,000 acres of pristine forest inside a 3.2-mile buffer zone surrounding the park forbidden "for development within the Kafinda game management area, has been cleared for commercial farming," Mwanza explained.

In the game area, the manager added, humans and animals are co-existing, although they guarantee a buffer zone where there should be no farms, settlements, nor activity.

The buffer zone is set for the prevention of illnesses like foot and mouth disease, for one, from transmitting from wild animals and to shield the forest from poaching or illegal deforestation.

According to the trust's environmental education officer, Nyambe Kalaluka, other threats would also include illegal fishing, unsustainable farming, illegal deforestation, and poaching.

Relatively, he added, they tried to mitigate such threats "through community forests and other initiatives." More so, around the park, he continued, people more often than not, earn for a living out of the forest.

Therefore, Kalaluka explained, if people shield their community forest, then it is simpler and much easier for them to be "stewards to their children."

The initial step is to involve the community. They talk to people about the essentiality of having a specific area which is under their name and another area which they can utilize as belonging to the community.

Deforestation is a major problem across Zambia. An estimate by the Center for International Forestry Research or CIFOR in Lusaka showed that the country is losing a shocking 616,763 to 741,316 acres of forest every year for the fueling of wood and charcoal production, as well as the clearing for agriculture.

As Zambia greatly depends on hydroelectric power, a recent drought has worsened the demand for fuel, with an approximated 90 percent of the population relying on wood for energy.

Combined with the rise in population and excessive use of agricultural land in some areas, human migration searching for virgin forest locations like Kasanka is a natural impact, CIFOR's Davion Gumbo explained.

ALSO READ: Australia to Use Drones for a Major Koala Count

Check out more news and information on Bats in Science Times.