Israeli researchers have recently calculated that objects made by humans are now weighing more than every living thing on Earth.

According to the Times of Israel, the scientists reported that in 1900, human-made objects, as well as infrastructure corresponded to only three percent of the plants, animals, and other living things' total weight.

However, 120 years after, human-made mass, which includes garbage, roads, buildings, and all things made by humans, are said to have outweighed what science calls "biomass."

Systems biologist Professor Ron Milo said, at present, "we're at the point in history" when human effect on Earth is prevalent that it's weighing "more than living biomass." 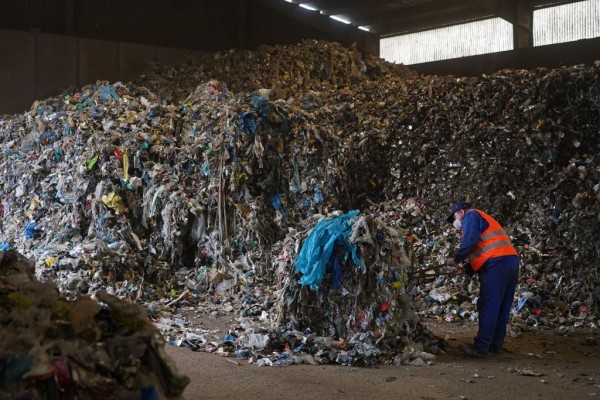 (Photo : Sean Gallup/Getty Images)
Man-made mass which includes garbage, roads buildings, and all things made by humans, are said to have outweighed what science calls ‘biomass.’

Professor Milo also said the new finding needs to be a "wake-up call for environmental awareness." His research highlights that humans, even though they have made such an impact on Earth, comprise only 0.01 percent of its biomass, compared to plants at 82 percent and bacteria, at 13 percent.

In a new peer-reviewed study published in the Nature journal, the professor's team from the Weizmann's Institute of Science showed that with people continuously decreasing living biomass and adding human-made mass, this is the estimated "date of the 'crossover'."

The professor also found that one specific human-made object, plastics, is now weighs twice the mass of all animals. For each human on Earth, mas that's equal to more than the weight of their body is yielded each week, he explained.

Exceeding the Total Living Biomass of Earth this Year

According to Science news site, "human-made mass finally exceeded the total living biomass of Earth" this year, "give or take six years."

The timing of that particular transition hinges on whether biomass is calculated with or without water. If water is included, the study specified, biomass will larger than materials made by humans until around 2037.

Even at present, such comparisons are said to be sobering. The Israeli researchers discovered that buildings, as well as other infrastructures, are weighing more than the trees and shrubs of the world.

More so, the study authors concluded that the plastic's mass is twice the weight of that of all animals. The results add weight to the notion of "Anthropocene."

It is a sign, Milo said, that indeed, the transition took place, "and the name is appropriate." The professor does not have a strong view on whether the onset of this new geological era needs to be this year or decades earlier.

According to a network of sustainability scientists, Future Earth Director, Josh Tewksbury, this new study "helps us solidify the evidence" of human impact on Earth.

However, he added, it does not help scientists when it comes to details of "what to do about it." That's due to the fact that the worldwide mass of materials is a crude metric of effect.

For example, Vienna-based University of Natural Sciences and Life Sciences social ecologist Fridolin Krausmann said it does not consider the poisonousness of various substances. Also, he added, location matters.

Essentially, the concrete material in the dam has a much bigger environmental effect compared to the similar amount of concrete found in the city.