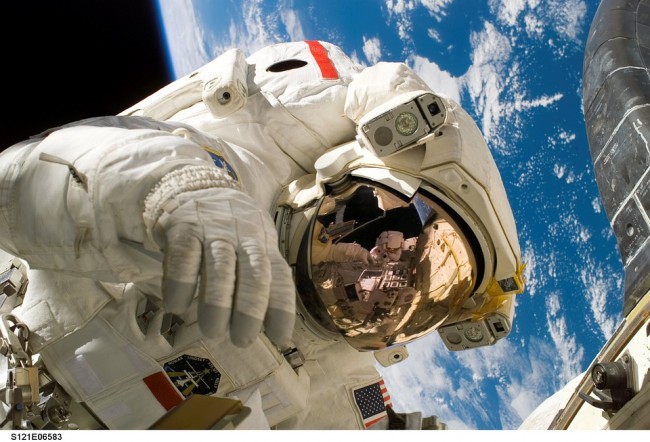 NASA announced that 18 astronauts who are under the Artemis initiative of the government, will fly to the Moon for the Artemis Program.

These include those who have previously visited the International Space Station, as well as new hires who have never flown into space.

The second man and first woman who will walk on the lunar surface in 2024 will be part of the program.

US Vice-President Mike Pence revealed the lineup of nine women and nine men at a gathering in Florida.

"My fellow Americans, I give you the heroes of the future who will carry us back to the Moon and beyond," he said.

For the first crew landing since Apollo 17 in 1972, the US space agency plans to send a man and a woman to the Moon's south pole in 2024.

Bridenstine has said that NASA aims to set up a sustainable lunar exploration scheme, including the creation of a lunar base.

But this will be accompanied by additional flights by astronauts on a spacecraft named Orion, launched by a giant rocket called the Space Launch Vehicle (SLS).

Who are these astronauts?

Among others who will fly to the Moon in the coming years are Stephanie Wilson, who has flown into space three times on board the space shuttle, Christina Koch, who holds the record for the longest continuous time in space for a woman, and Victor Glover, who recently launched aboard the SpaceX Crew Dragon to the ISS.

Half of NASA's astronauts had the experience of spaceflight. Two of them are right now at the International Space Station: Kate Rubins and Victor Glover.

This is a very youthful band, with the bulk in their 30s or 40s. The eldest is 55 and the youngest is 32 years old. Just two of them flew on NASA's old space shuttles, Joe Acaba and Stephanie Wilson.

Nine of the astronauts have previously traveled into space; eight are part of the newest batch of astronauts - chosen in 2017. Nicole Aunapu Mann, one of them was chosen in 2013 but has not yet flown on a mission.