NeeCee, a five-year-old female snow leopard at the Louisville Zoo, has tested positive for SARS-CoV-2, a type of coronavirus that causes COVID-19 in humans.

Two other male cats, Kimti and Meru, are presumed positive as well, based mostly on tests at a "regional veterinary diagnostic middle," the said news site said, that have yet to be verified at a nationwide laboratory.

The cats are all exhibiting minor symptoms of wheezing and coughing and wheezing, which are both similar to the lions and tigers on the Bronx Zoo that tested positive again in April.

The New York Times reported, the said cats recovered without encountering any problem, and the Kentucky zoo is not expecting the snow leopards will do the same. 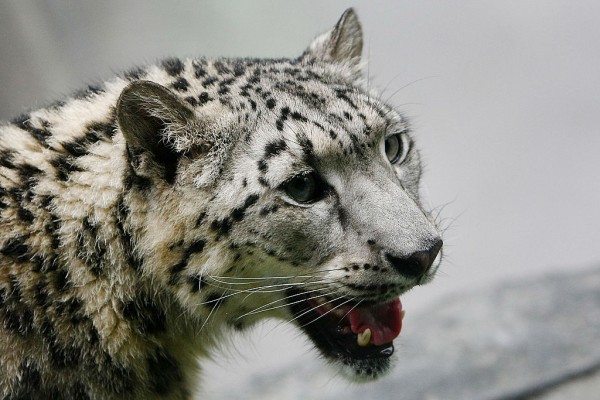 More Animals Infected with the Virus

Reports also have it that other animals such as canines, minks, and home cats have additionally been infected with the said coronavirus type.

Both mink and cats can transfer the virus to different animals. Mink are among the animals at present, known to get severely in poor health condition. They are the kind of animals, too, known to have transmitted the virus again to humans.

According to previous reports, the Denmark government ordered the killing of as much as 17 million minks because of apprehensions about "mutations within the virus" affecting the probable efficiency of the vaccine.

To mitigate the spread of coronavirus in animals, the Louisville Zoo instigated all necessary safety precautions, as well as public health inspections prior to its reopening last spring. It remains open as well, in the entire winter.

Dr. Zoli Gyimesi, a senior staff veterinarian, met with the keeper staff caring for the cats to launch additional precautions when taking care of the snow leopards.

Such precaution includes enhanced PPE or personal protective equipment. More so, all staff at the zoo are following safety COVID-19 protocols, which the Centers for Disease Control and Prevention and Louisville Metro Health and Wellness have recommended.

According to a media release the zoo issued, the snow leopards "are off-exhibit while NeeCee" is recovering and while Louisville Zoo is waiting for the confirmation results on the two other male leopards.

In the media release, Gyimesi said, luckily, "Based on clinical cases in large cats and other zoos in the country," at this point, SARS-CoV-2 infection does not seem to be a life-threatening occurrence.

The veterinarian added, they will be closely watching the snow leopards for continuing symptoms and resampling them to determine if they have cleared the infection.

Samples of feces from all three snow leopards were sent for testing to the Veterinary Diagnostic Laboratory at the University of Illinois, College of Veterinary Medicine, on December 4.

Because of mild symptoms, Louisville Zoo chose to test the fecal samples instead of anesthetizing the cats for more intrusive diagnostics.

This is the first confirmed coronavirus case in a snow leopard. Such a discovery is considered a great contribution to the growing knowledge on this new coronavirus and spread between humans and animals.

In April this year, four tigers and three lions at an Association of Zoos and Aquariums or AZA in New York were confirmed positive with the virus.

Check out more news and information on Snow Leopard and COVID-19 on Science Times.