COVID-19 Vaccines Are On Its Way to the US: Here's What You Need To Know 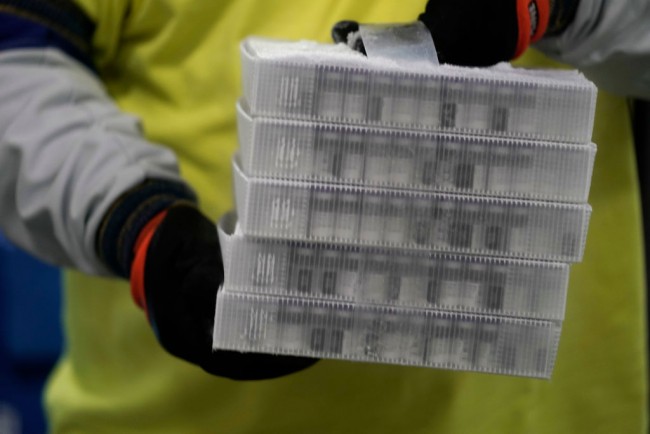 
The United States will hopefully receive and distribute enough doses of COVID-19 vaccines over the next six months. With an upward scale of COVID-19 cases in the country, vaccines must be distributed to every corner of America.

After the US Food and Drug Administration (FDA) has granted emergency authorization to Pfizer and the German biotech firm BioNTech, it is expected that Americans ages 16 and above to receive the COVID-19 vaccines from these vaccine developers.

It is hoped that the vaccines would help end the growing cases of COVID-19 in the US. Like many people, Americans might have a lot of questions about these long-awaited vaccines. Here's what you need to know about them.

Who Will Get the Vaccine First?

According to a report by NBC News, COVID-19 vaccines will be rolled out in phases. First, it will be available by late spring or early summer, with some Trump administration officials saying that it could be as early as April.

While public health officials said that it could be in May or June. However, experts said that people living in rural areas might have to wait a little longer.

The first people to receive the vaccines will be the health care workers and nursing home residents, the report said. These are the two groups of people that represent the 24 million Americans in the country. It is expected that they will be given the vaccines as early as next week.

But there is no information yet as to who will be part of the second phase. According to State and local health officials, they will be making decisions soon after they have received the guidelines from the Centers for Disease Control and Prevention (CDC). Most

Most likely, the next batch would include the elderly, those with pre-existing conditions, and other frontline workers.

ALSO READ: Do Not Drink Alcohol Before and After Sputnik V Administration

Are the Vaccines Safe?

The analysis conducted by the FDA has found that the vaccines from Pfizer tested on over 44,000 people ages 16 and older have "no specific safety concerns" that would question its effectiveness, according to NPR's report. Although there might be some mild effects, like swelling, pain, redness at the injection site, and fever that resolves within 24 hours.

For now, only Pfizer and BioNTech has secured an emergency authorization for use from the US FDA. But Moderna's vaccine is also expected to be granted the same authorization as soon as next week.

Pfizer's and Moderna's vaccines require two shots of the vaccine that is spaced three to four weeks apart, while some only require one shot. These vaccines also differ in the temperature they should be kept, as some of them need to be stored in extremely cold conditions while others in room temperature.

"I think there will be likely some subpopulations in which one vaccine might be better than the other," Dr. Marisa Holubar, an infectious disease physician at Stanford University, told NPR.

Since there are people with a weakened immune system, it might mean that they are more responsive to one type of vaccine over another.

Where Can I Get Vaccinated?

Pfizer vaccines are now available in the company's different hubs in the US, and will now be shipped across the country. The doses will be picked up from manufacturers by UPS, FedEx, and McKesson to deliver to pharmacies, public clinics, hospitals, nursing homes, doctor's offices, mobile clinics, and military facilities, according to Operation Warp Speed.

Most likely, the first supplies of vaccine doses will be distributed to hospitals and long-term care facilities on the initial phase of vaccine distribution.