New Study Finding: Autism Is Thrice More Common in Boys, and Vitamin D Has Something To Do With It

An insufficiency in Vitamin D on the side of a mother could explain why autism spectrum disorder or ASD is thrice more typical in boys. Researchers at the Queensland Brain Institute have found this.

According to Professor Eyles, autism spectrum disorder's biological cause is unidentified. However, they have shown that "one of the many risk factors, is low vitamin D in mothers," leads to a rise in testosterone "in the brain of male fetuses" as well as amniotic fluid and the maternal blood.

On top of its function in absorbing calcium, Eyles explained that vitamin D is essential to many developmental processes.

Their study, the professor, added, also found that in male fetuses deficient in vitamin D, an enzyme that is breaking down testosterone was quieted and could be adding to the testosterone's high levels. 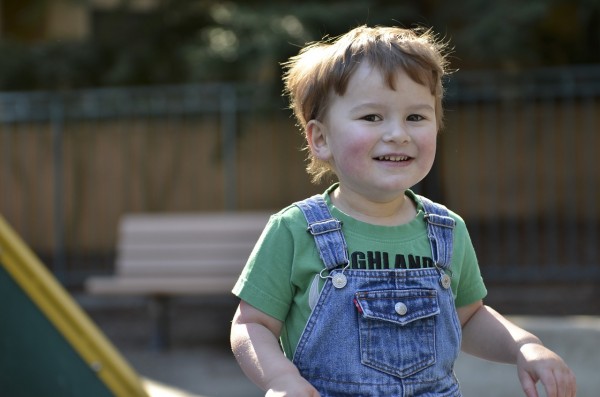 (Photo : Nathan Legakis on Pixabay)
An insufficiency in Vitamin D on the side of a mother could explain why autism spectrum disorder or ASD is thrice more typical in boys.

Professor Eyles' previous study has presented that vitamin D is playing a crucial role in brain development and that providing mice with vitamin D supplements completely hindered autism-like traits in their offspring.

Dr. Ali, a co-author of the study, explained that over-exposure of the developing brain to sex hormones such as testosterone, for one, was believed to be an underlying reason for the occurrence of autism spectrum disorder, although the reasons stayed unclear.

Ali also said vitamin D is engaged in pathways that regulate a lot of sex hormones. "When the rat mothers were fed a diet that's low in vitamin D," continued explaining the co-author, it led to male fetal brains "to have high exposure levels" to testosterone.

According to Eyles, this research was the first to present that an identified risk factor for ASD changes testosterone in both the mother and the fetal brain's blood, a possible contributor to the reasons ASD is more predominant in males.

He also said that they have only examined one risk factor for ASD, which is a deficiency in vitamin D during development. Relatively, he added, the next step is to look at other probable risk factors like "maternal stress and hypoxia or lack of oxygen and find out if they have the same impact.

In addition, this, described as an "open-label prospective research," presented that expectant mothers who already had "at least one autistic child" when supplemented with high vitamin D dosage at about 5000 IU each day, during succeeding pregnancy and then provided their newborns with 1000 IU each day, to their newborns for three years, had "offspring with a reduced ASD recurrence."

While said to be promising, this research regrettably had a small sample size and no control group, so it can thus be regarded as an initial model for future clinical tests into vitamin D supplementation at best.

Lastly, an animal study presents that vitamin D supplements during pregnancy in a maternal immune activation's animal model completely prevent as well as ASD characteristics in their offspring.

ALSO READ: Happiness Depends On Where One Lives

Check out more news and information on Autism and Vitamin D Deficiency in Science Times.