Spider Web in Zero-Gravity Space: What Does It Look Like?

Over the years, experts conducted hundreds of spider experiments in space onboard the International Space Station (ISS). A recent analysis discovered just what occurs in zero gravity spider webs. The surprising result was that spiders are able to realign themselves with light without gravity.

Such findings and studies clearly indicate that during web construction, gravity is a significant aspect. But they are unable to address the question as to whether spiders will create zero gravity webs and if so how the zero-gravity condition would impact the completed network.

Experts published the full findings of the study in the journal The Science of Nature. 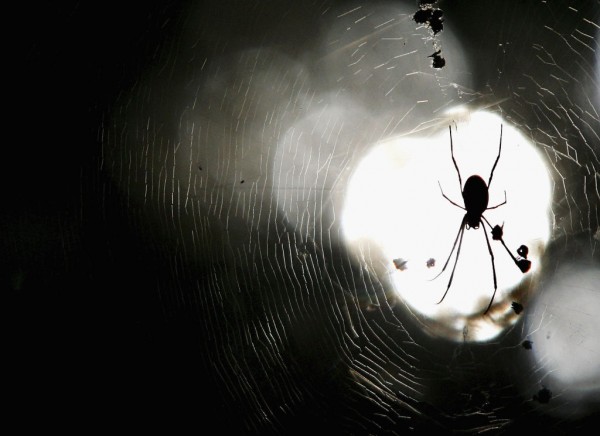 (Photo : Ian Waldie/Getty Images)
SYDNEY, NSW - APRIL 19: A spider sits in its web April 19, 2005 in Sydney, Australia. Spiders all over the city have enjoyed a burst of activity during a concentrated season brought on by mild weather. Increased numbers of insects due to the milder conditions have encouraged spiders to build their webs to take advantage of the insect bonanza.

This is possibly the first time certain definitive findings have been obtained, while spider studies have historically been performed in space.

In recent years, spiders have had tiny weights added to them, joined centrifuges, and pushed their webs horizontally to turn, all in space.

Two types of orb-weaver spiders and food supplied through fruit fly colonies were used in a 2008 ISS experiment.

This saw the spider back-up flee into the main section, though and the insects spread too easily.

Around two weeks after the launch, the fruit fly larvae and pupae began to cover up the observation window, researchers wrote at the time.

They had fully obscured the observation window after about one month, rendering it difficult to see the spiders.

But in 2011, the researchers got a second opportunity with their trial, this time containing no spider escapes or outbreaks of the fruit fly species.

According to Interesting Engineering, experts photographed the photos of the weaver webs per five minutes, while overhead lights were triggered to mimic daylight every 12 hours.

ScienceDaily also said the male endured zero gravity and was still alive since coming to Earth for 65 days while the female created 34 webs and shaped all extraterrestrial records three times.

It was though, the usage of all the lights pointed down, which contributed to a shocking finding.

Guided By the Light

Dr. Samuel Zschokke, a conservation biologist from the University of Basel, said that spiders continually constructed asymmetric webs and continuously faced downwards regardless of whether the lights were on or not while sitting on the hub.

In the absence of gravity, Zxchokke and his team claimed that the sensory input of light's path would act as an orientation guide.

He said that the spiders would gladly build their inverted webs and sit looking down waiting for prey when gravity is involved.

Their webs were more symmetrical in space, but the spiders used it as a comparison point while there was light and designed their webs as though the light was the reverse of under'.

He added that they assumed that lighting would contribute to the spatial orientation of spiders.

Experts were quite lucky' that at the peak of the chamber the bulbs were connected and not on opposite sides.

Otherwise, in zero gravity, they may not have been able to explore the influence of light on web symmetry.

Experts claim that spiders have such a surprising back-up mechanism for orientation since these animals have never been introduced in the course of this process to a world lacking gravity.