In new research of tidal marsh resilience to rise in sea level, Brian Yellen, a geologist and first author at the University of Massachusetts Amherst, collaborated with his colleagues to observe that Hudson River Estuary marshes are developing upward at a rate twice or thrice times quicker than sea level rise, proposing that they need to be resilient to faster sea-level rise in the future.

With a report written in Earth Surface Processes and Landforms, the team documented that over half of the "Hudson River tidal marshes" formed since 1850.

That same year, according to Phys.org, the "channel was straightened," not to mention the building of a riverside railroad, berms, jetties, and human-made islands of dredged soil.

All of this trapped residue and formed backwaters that frequently, although not always, turned into marshes, an accidental outcome of earl industrial development, said the study investigators. 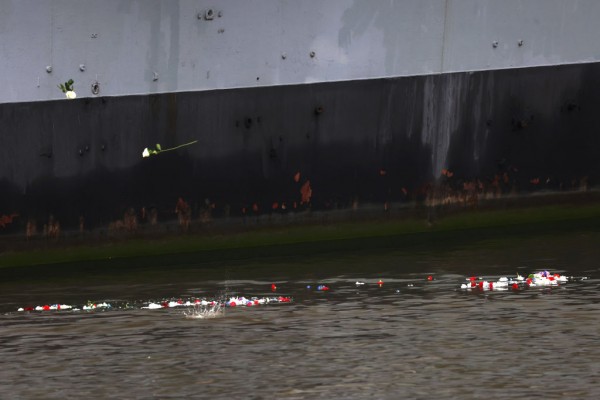 In their study, the researchers specified that, in one circumstance, historical aerial images record such a transition taking place in less than 18 years, providing a timeframe for the development of marshes.

Co-authors and colleagues of Yellen include Jonathan Woodruff, Caroline Ladlow, and undergraduate Waverly Lau at UMass Amherst, as well as Sarah Fernald at the department of environmental conservation of New York, and Woods Hole Oceanographic Institution's David Ralston.

Additionally, Yellen noted that for this exceptionally collaborative research, the study authors took advantage of an experiment that has already taken place over tens, or even hundreds of years.

A lot of these unintentional tidal marshes, the same report said, were effective. They shield the shoreline and offer one of the richest ecosystems when it comes to "direct ecological and human benefits."

The study investigators used two main methods to examine the history of the river and the resilience amid sea level rise.

Such methods included the sediment cores, shedding light on the manner of fast accumulation of sediment, and historical maps, charting the aerial images to identify the manner sites have been changing over time.

As a whole, Yellen summarizes, as long as space is available for sediment to build up, new marshes could then develop.

Furthermore, the research, which is part of a project called the Dams and Sediment in the Hudson DaSH, was backed by a grant from NOAA's National Estuarine Research Reserve Collaborative to Ralston, as well as the US Geological Survey, and the Department of Interior Northeast Climate Adaption Science Center at UMass Amherst.