Monitor Lizards are “Ecosystem Engineers” According to Research

A decade-long study from the University of South Florida reveals that monitor lizards should join a rare group of reptiles, called "ecosystem engineers," which has been reserved for tortoises and sea turtles.

Species referred to as ecosystem engineers have a significant impact on their environment based on their ability to create, change, maintain, or even destroy a particular habitat. Sean Doody, USF St. Petersburg assistant professor and graduate director of integrative biology, found out that monitor lizards in Australia offer shelter and means of finding foods for other, smaller creatures. Its burrow system, locally called a warren, is used by animal communities for habitat and even nesting. This is in contrast to its relatives considered invasive species in the United States. 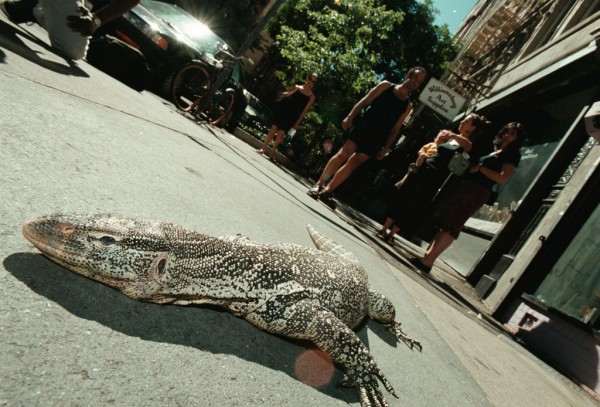 Doody, together with a team of Australian scientists, published their findings in the journal Ecology. The study details their investigation of the southern continent's Yellow-Spotted Monitor Lizard, which grows up to five feet, and its smaller relative, the Gould's Monitor Lizard. Researchers found that these deep-nesting lizards lay their eggs deep in the earth, as deep as 13 feet.

In their burrowing activities, these monitor lizards loosen the soil around their warrens, creating warm and moist conditions ideal for laying and incubating eggs, as well as trapping seeds and fruits. However, aside from these deep burrows' advantages for the monitor lizards themselves, these warrens also host other animals - reptiles, frogs, insects, even marsupials! In fact, the USF team recorded 747 separate species from 28 types of vertebrates.

Researchers credited their timing as to why these species cohabited in the warrens. The dry winter season, for example, revealed hibernating frogs in the burrows that helped maintain their body moisture levels. They even discovered up to 418 individual frogs in one warren.

The Threat Against These Ecosystem Engineers

"The finding is significant as it shows that nesting warrens provide critical shelter and other resources for the small animal community," Doody said in a news release from USF. However, he noted that the cane toad, also an invasive species, has begun decimating the monitor lizard in some areas. This means that the nesting warrens, which are re-used by species, might soon disappear. This change could impact both predator and prey and create drastic changes in the ecosystem.

The invasion of the toxic cane toad highlighted the extent of the monitor lizard's effect on the food web. Citing studies conducted between 2009 and 2017, the USF team found abandoned warrens and increased volume of the monitor lizard's diet - smaller lizards, snakes, turtles, and birds. So far, Australian researchers and natural resources departments have not yet curbed the increasing population of cane toads.

Doody and his team are looking to expand their study to include the perentie, a larger species of monitor lizards native to Australia. The deep nesting lizard will also be evaluated on whether it is also an ecological engineer, like the Yellow-Spotted and the Gould monitor lizards. Additionally, researchers are also looking to assess the impact of climate change on these animal communities.

Check out more news and information on Lizards on Science Times.