Does Your Dog Howl Each Time You Sing a Christmas Carol? There's an Instinctive Reason for It

While practicing "Deck the Halls" with the whole family for your presentation come Christmas Eve, you hear your dog howling as if it's singing along with you.

You're not alone to have observed this. According to experts, dogs that sing along with the family is a surprising common behavior.

In an article, the Southern Living website states that both dogs and wolves, adds the dog trainer, "share all but 0.2 percent mitochondrial DNA." Howling, which most people associated with wolves, is permanently written somewhere in that common genetic code. 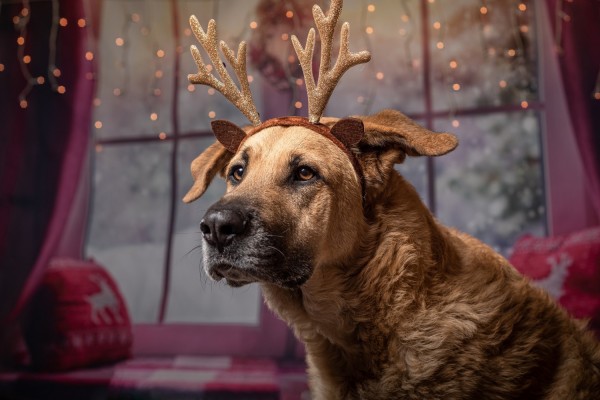 (Photo : Sven Lachmann on Pixabay)
Experts say dogs that sing along with the family is a surprising common behavior.

Dogs' howling as we sing our favorite Christmas carols does not mean they're criticizing our singing. Instead, our favorite house pet thinks we are actually howling, and it's just doing what it has been "hard-wired to do," --- and that's to join in.

It is nearly like how, the canine behaviorist explains, "if you see one horse start running, they all start running."

For Bailey, it's called "happy howling," like a "pep rally" for puppies. Howling for the dog trainer is actually a positive behavior of a dog.

More often than not, howling along with a tune, not just a Christmas tune, is harmless. There are times, though, when the dogs may be trying to tell us they are not, actually, grooving.

One instance is when puppies see singing as wailing, especially when we sing out of tune! This links to their empathetic minds.

Indeed, dogs have the capability of experiencing empathy, McDonald says. He adds, when "someone is in their pack, human or canine, is in distress," dogs do respond.

Explaining howling further, Bailey says, canines have more sensitive hearing compared to humans. He shares the story of a client he once had, a professional violinist whose pack could not handle her practicing. His client, he describes, was a very talented violinist but the music, perhaps, physically hurt the dogs' ears.

Dog experts say signs dogs are not enjoying the sing-along can vary from "laying their ears back to panting, pacing or even hiding.

Say you are singing in a group, a dog may also start to jump on you or try to get between you and the others singing along with you.

McDonald's recommendation is that, if the dog becomes distressed during singing, "teach him a 'go to your safe space and stay there' cue." This can be done by rewarding them when they sit in a designated space or enter their crate.

The canine behaviorist adds that as they staying in a safe spot won't make the noise stop, dogs "are following the executive authority of following a parent."

That, he explains, is comforting for them because dogs, in general, "want to know that their pack leaders have things under control."

ALSO READ: Dogs Can Help Reduce Asthma, Among MANY Other Things

Check out more news and information on Animal Behavior on Science Times.