Over time, the introduction of hybrid vehicles and tighter pollution regulations resulted in the growing environmental impact of land-based automobiles. In this progression, though, airplanes have largely become their older self and add significantly to the accumulated pollution from cars.

A modern concept now reverses this method by changing carbon dioxide into jet fuel. A converter that can conclude this transformation in a single phase is described in a new study published in the journal Nature Communications. The researchers plan to lower the total environmental footprint of aerial vehicles by doing so.

The new catalyst, made by Tiancun Xiao, a chemist at the University of Oxford, and colleagues, is generated using cheap materials such as iron and potassium and is being touted as a significant improvement over the current carbon-conversion catalysts.

The carbon dioxide came from a canister in the lab. But the intention will be to collect massive quantities of carbon gas from either a plant or directly from the air to extract it from the atmosphere to apply the principle to the modern world. 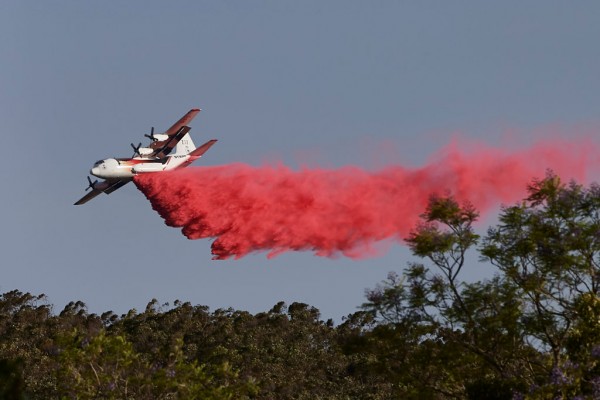 (Photo: Brett Hemmings/Getty Images)
PENRITH, AUSTRALIA - NOVEMBER 15: A water-bombing plane drops fire retardant over the Colo Heights area on November 15, 2019, in Penrith, Australia. The warning has been issued for an 80,000-hectare blaze at Gospers Mountain, burning in Colo Heights' direction.

How transforming jet fuels could help

Carbon dioxide, emitted by manufacturing, automobiles, and wood burning, like forest fires and slash-and-burn cultivation, is the most common of the planet-warming greenhouse gases.

Holding it out of the environment will help mitigate global change, even as carbon emissions from the earth have risen in recent decades and are on the road to raising the globe by 2 degrees Celsius by the end of the century.

The new approach will also be cheaper than current methods that transform hydrogen and water into a gas, a procedure called hydrogenization, Xiao and colleagues add, largely as it would use less energy.

Xiao wants a jet fuel plant to be built adjacent to a steel or cement factory or coal-burning power plant and the surplus carbon emissions to be collected to produce the fuel.

Sucking carbon dioxide out of the environment, anything called direct-air capture might also be used in the process. The catalyst that does the trick is available on earth and needs fewer steps to synthesize high-value-added chemicals than other approaches, the authors claim.

One researcher who was not interested in the experiment suggests that as long as the researchers can work out how to generate minuscule quantities of jet fuel in the laboratory to create greater amounts in a production facility, the idea seems to be encouraging.

Joshua Heyne, Associate Professor of Mechanical and Chemical Engineering at Dayton University, told Wired that the notion of a circular carbon economy is undoubtedly one for the future.

The new CO2 fuel has a fair shot at contending with these substitutes, Oxford's Xiao claims. Back in 2006, Xiao founded the green fuel company Oxford Catalysts, now regarded as Velocys. At a British facility utilizing municipal waste as a feedstock, Velocys produces renewable aircraft fuels for Shell and British Airways and diesel fuel for waste paper and wood trucks at a plant in Mississippi.

He said he is discussing with many major industrial partners the latest carbon dioxide conversion process. There are no significant hurdles, he says. But the process needs to be optimized and made more effective."