Exploring Nonhost Resistance, or Why Pathogens Choose Which Plants to Harm

One of the longstanding puzzles in agricultural science is the supposed resistance of apples and cucumbers to the same pathogen that ravaged potatoes - and researchers might have found a way to turn nonhost resistance into an agricultural advantage.

The pathogen Phytophthora infestens, a form of water mold, caused the plant disease known as late blight, which seriously affected potatoes and tomatoes - with its potato disease being known as the potato blight. However, other plants like apple trees and cucumber plants remained free from the serious blight. 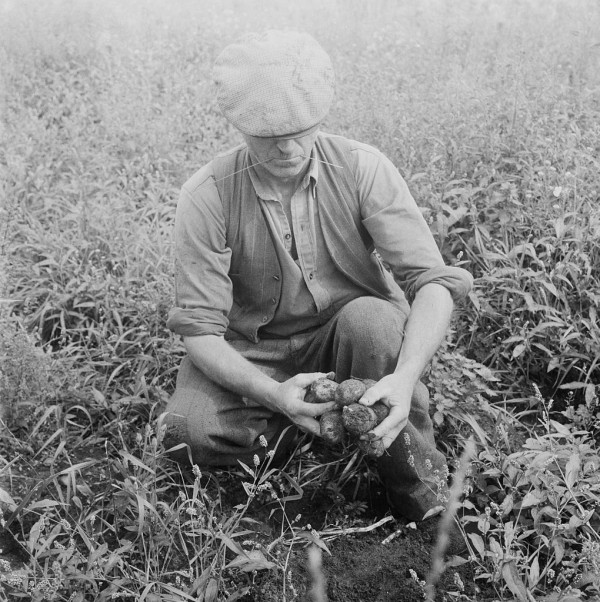 The Importance of Understanding Nonhost Resistance in Plants

An article from the American Phytopathological Society, a part of the journal's Top 10 Unanswered Questions in MPMI Review Series, explores the molecular basis of nonhost resistance - a species-wide defense system that offers immunity to a specific pathogen that would otherwise harm other species. There have been multiple recorded examples of nonhost resistance among different kinds of plants. Authors of the review article note that scientists can have a "deeper understanding of the plant immune system" and offer insights on previously unknown parts of plant immune response by understanding the particular mechanism. In turn, this could lead to the development of better plant resistance against more pathogens.

This specific field of agricultural science is important since pathogens have remained a constant threat to farming industries, limiting potential yields and even dictating locations where crops can be planted. Scientific advancements against pathogens have led to improving pesticides, better farming and plant-growing practices implemented in the industry, and breeding hybrid species with improved traits and pathogen resistance.

However, despite this progress, the APS article writers noted how modern industry, globalization, and other anthropogenic activities had created adverse effects on plants - undermining agricultural practices and even helping spread pathogens. Scientists cite the recent emergence of the wheat blast disease - a fast-spreading and devastating disease that threatened food security in parts of South American and South Asia caused by the fungus Magnaporthe oryzae. A recent study published in 2020 reported the migration of the fungus Magnaporthe oryzae and, subsequently, the wheat blast disease in Africa.

What Is and Is Not Known About Nonhost Resistance

The APS review article notes that agricultural scientists have already identified that nonhost resistance is a "feature controlled by many genes" and being largely dictated by characteristic attributes of a particular plant-pathogen makeup. Another recent paper, published in April in the journal Cellular and Molecular Life Sciences, reviews the so-called "iceberg model" of plant immunity and the interaction of NLR-type immune sensors and secreted pathogen effector proteins as a critical factor in determining nonhost resistance.

On the other hand, the paper recognizes the current limitations on the understanding of plant nonhost resistance. "While the contribution of microbial commensals (microbes that naturally inhabit plant organs without causing any harm) to plant immunity has emerged during the past few years, their explicit role in nonhost resistance has not been demonstrated yet," explains Ralph Panstruga, a scientist from the RWTH Aachen University in Aachen, Germany.