Organic Meat Is No 'Greener' Than the Rest of the Meat

The world is warming up. You might not realize it in your day-to-day life. But the constantly destructive hurricanes, huge wildfires, and disastrous losses from the tropical reefs of the ocean are undeniable. We know that fossil fuel greenhouse gases are an immense strain on the earth and the environment. However, agriculture has also been cited as a contributor to these pollutants.

For several purposes, organic cultivation, both for plants and livestock, has risen in popularity in recent years. Unfortunately, a fresh analysis crushes the fantasy soundly if you were thinking that organic livestock are somehow healthier for the world than traditional methods are. 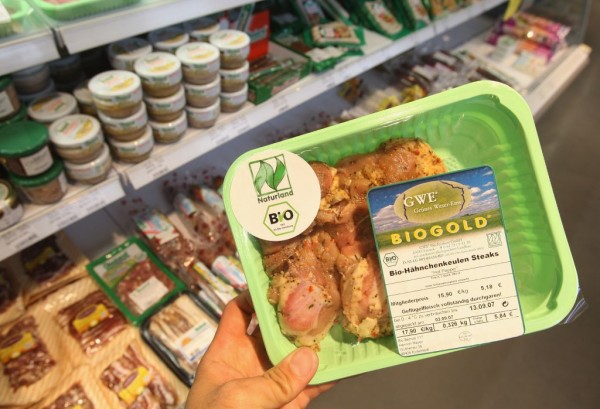 (Photo : Sean Gallup/Getty Images)
BERLIN - SEPTEMBER 06: Organic meats and meat products stand on display at the LPG Bio supermarket in the district of Prenzlauerberg September 6, 2007 in Berlin, Germany. Germanys association of organic food production recently announced that though demand in Germany for organic food grew by 18% in 2006, domestic production is growing only sluggishly and some products are already in short supply. The LPG Bio store in Prenzlauerberg is Europes largest organic food store.

How organic meat became as bad for the climate

The research was reported in Nature Communications and reported on Phys.org. It focused on the emissions of greenhouse gases produced during livestock farming. When it comes to livestock raising, there are multiple causes of pollution, including the processing of the food the animals consume, methane gas from the animals themselves, and gas emitted through the decomposition of their waste.

The report used the calculation of climate damage costs of the German government. That's €180 (US$221) per tonne of CO2, according to the work of the Intergovernmental Commission on Climate Change.

It showed that to pay environment costs and around €3/kg (US$3.70/kg) more for chicken, the farm gate price of beef will have to be more than €6/kg (US$7/kg) higher.

The study indicates that while organic livestock emissions are initially lower because fertilizer is not used in feed processing, the fact that animals are usually smaller (and less meaty) ensures that to sustain their company, farmers eventually have to raise more of them.

This growth in livestock compensates for the original advantages of organic livestock, and the overall emissions are basically the same.

For their analysis, the researchers looked at multiple forms of livestock and noticed that organic beef breaks even with traditional beef, but organic chicken farming still creates more pollution than conventional activities. Pork, on the other side, when raised organically, results in less pollutants, which is interesting.

What is more alarming?

Now, there is a little bit of an asterisk that needs to be discussed here. In terms of livestock and property, sustainable cultivation, be it animals or plants, has advantages.

When organic techniques are combined with encouraging livestock to graze at their leisure (chicken tractors are amazing), the animals do not end up as huge and meaty.

But they are at least able to live and perform like the animals they are, instead of acting as trash bags to pump food and medicines onto them before they are ready to be slaughtered and eaten.

Sadly, the evidence reveals that this does not benefit the world any better than traditional agriculture does. The positive news is that farming does not really have to improve anything at all if we could keep a grip on our fossil fuel consumption.