Identical Twins Don’t Share the Same DNA All The Time

A new study recently found that identical twins are not sharing the same DNA always. This is in contrast to the common knowledge that these identical pairs form the identical egg and receive the same genetic material coming from their parents. Indeed, this does not mean they are inherently sharing 100 percent of their DNA by the time they are born.

The reason for the difference is that the so-called "identical twins" are picking up similar mutations in their mother's womb, as their cells knit new DNA strands and then divide into multiple cells.

According to a new study Live Science recently reported, averagely, pairs of twins have genomes that differed by an average of 5.2 mutations that take place early in development.

Genetics assistant professor at the University of Pennsylvania, Ziyue Gao, who was not involved in the study, explained, "One particularly surprising observation is that," in many pairs of twins, "some mutations are carried by nearly all cells" in one pair although totally absent in the others."

The study investigators approximate that in roughly 15 percent of identical twin pairs, one pair is carrying a considerable number of mutations other pairs are not sharing.

ALSO READ: Two Cancer-Stricken Children in Japan Got Their Tumor Cells Before Birth 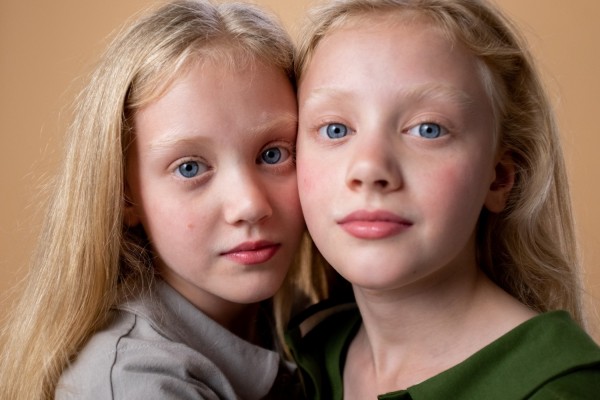 (Photo : cottonbro on Pexels)
A new study recently found that identical twins are not sharing the same DNA always, in contrast to the common knowledge that these identical pairs form the identical egg and receive the same genetic material coming from their parents.

Kari Stefansson, CEO of deCODE genetics, an Amgen biopharmaceutical company subsidiary, said that could be a maximum of 10 to 15 mutations.

The research Nature recently published did not indicate, though, wherein the genome such mutations take place, or if they generally crop up in genes that code for particular protein types. This, Stefansson added, could "be an area of future research."

Twinning takes place when one fertilized egg known as zygote divides and gives rise to "two separate embryos." This, explained the company CEO, usually happens between one and seven days from fertilization.

However, in rare conditions, he said, twinning can take place between the eighth and 13th day. The later the split takes place, the more cells will have accrued when the twins separate.

Therefore, when one twin has a lot of mutations that the other in the pair doesn't have, it is possible that the two have split from each other very early in their development, soon after their shared egg initially split into two cells, explained Gao.

Limitations of the Study on Twins

According to Gao, one limitation of this research is that the study investigators collected data from blood samples and swabs from the cheek, but they did not gather DNA from sperm or eggs.

If there are more tissues sequenced, she noted, the researchers will be likely to identify more embryonic mutations and be able to identify such mutations to certain developmental phase according to their frequencies in different tissues.

Furthermore, the authors noted they had no idea which twins were sharing an amniotic sac, chorion, or placenta. Chorion is the membrane that provides rise to the placenta's fetal part.

Having gathered that information, they could identify if sharing such structures is at all associated with a number of timing of genetic mutations during early development.

At present, the takeaway from this new study is that scientists should not assume that identical twins are sharing 100-percent the same identical DNA.

Such assumptions could lead scientists to overestimate the influence of the environment, when actually, a genetic mutation may be the source of a given illness or characteristic, explained Stefansson.

READ NEXT: Sitting and Other Sedentary Behaviors Increase Risks of Diseases

Check out more news and information on Twins on Science Times.