Will black holes be harvested for potential off-planet colonies to supply power? It looks, and is definitely, in certain respects, very far-fetched.

Although, according to researchers at the University of Columbia and the Universidad Adolfo Ibáñez of Chile, it's also probable. Theoretically, at least.

In essence, the idea is to derive energy from black holes by capturing charged plasma particles when they seek to escape from the horizon of occurrences, the point across a black hole at which the rate of escape is greater than the speed of light.

To state it much more broadly, the researchers assume that energy can be derived directly from the curve of space time. And you felt it was exciting with your latest solar panels! 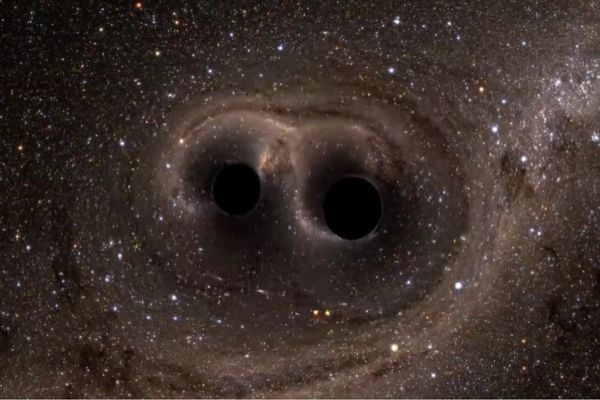 Felipe Asenjo, Professor of Physics at Adolfo Ibáñez University, explained to Digital Trends that the extraction method drives the very high-energy phenomenon that are seen around black holes.

Asenjo, who is the co-author of the report, said they might obtain this energy if they replicate the separation of different sections of charged matter.

A report detailing the study was written in the journal Nature Physics.

Scientists have experimentally confirmed this popular theory in a paper released only a couple of months ago, but it is not the only proposed way of harnessing the potential of a rotating black hole.

Another method is Hawking radiation focused on quantum mechanical pollutants, which is regarded as the Blandford-Znajek technique. Energy could be electromagnetically collected around a black hole through the magnetic field.

Magnetism often plays a key part in the new study, primarily as magnetic field lines separate and rejoin inside the ergosphere. Still, it often recasts some of the Penrose method's reasoning.

Luca Comisso, a Columbia University research scientist, noted that this is all very speculative so far. Comisso told ScienceAlert that as magnetic field lines detach and reconnect, they will propel plasma particles to unfavorable energies. After that, vast quantities of black hole energy can be collected.

In an interview with Digital Trends, Comisso said they did the calculations by utilizing the scientific constructs of general relativity and plasma physics.

Next, the researchers aim to run computational simulations utilizing supercomputers to show the robustness of this energy extraction method. Asenjo indicated that the conceptual model is so complicated that it would take immense computing capabilities full analysis. Fortunately, technology like that works.

What does not yet arise are just some of the resources that would potentially build the future advanced culture one day. In other terms, the experts don't foresee this any time soon to be shown for sure.

Comisso, though, cautioned against writing it off as unlikely.

The study raises technical problems, of course. But as human experience teaches us, he said what is unlikely today will be feasible tomorrow.