Cardiovascular disease is one of the most-frequently occurring top health conditions in every country worldwide, and a new study found that it can be predicted through cortisol in hair.

While a healthy lifestyle can keep an individual's heart health in check, sometimes it is not enough, and whether you believe it or not, the cortisol in a human's hair can predict his risk of having a heart ailment.

A lot of health experts say, for these conditions, there are many tests available. They range from imaging to biomarker tests to help those in medical practice follow any problem that may take place.

Have you ever wondered if hair could be used to test for CVD, with each haircut doubling too, for such a risk?

That, then, could be part of future diagnostics for CVD. In addition, hair is more than something to be fixed and styled as, as indicated in a LabRoots post, "biological compounds found in the body can accumulate newly grown hair, which can then be cut off and tested."

ALSO READ: COVID-19 and Its Mysterious Link to Hair Loss 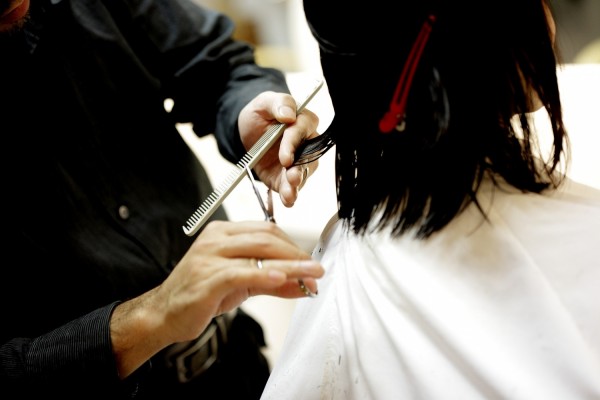 (Photo: kaleido-dp on Pixabay)
the study presents that levels of hair cortisol could act as an indicator of the risk of CVD. It makes one think about other information he might be missing out on with each haircut.

A new research conducted at Linkoping University in Sweden, a team, investigated cortisol levels found in the hair of those who had formerly experienced an acute myocardial infarction or heart attack.

Cortisol is a type of molecule in the body frequently regarded as a stress marker. Usually engaged in controlling a lot of key systems in the body, too much cortisol has been associated with many illnesses, including cardiovascular disease.

Tracing its hair levels could very well enhance an excellent passive way of gauging the risk of a heart attack in an individual.

The research group gathered a group of middle-aged male and female individuals who suffered from a heart attack before and looked at cortisol accumulation in their hair.

As a result, both groups of males and females had raised hair cortisol levels compared to healthy controls. The said report specified that a high cortisol threshold was found to be considerably linked to a heart attack once crossed.

This was presented to be an independent indicator of the risk of a heart attack. Most people are getting a haircut every month or every two months. Meaning, a great source of health information is just being thrown away.

Cortisol in Hair is Stress-Related, Too

This particular study presents that hair cortisol levels could act as an indicator of the risk of CVD. It makes one think about other information he might be missing out on with each haircut.

The researchers then conclude, the biomarker HCC "was independently linked to AMI," even following adjustments for major established factors for CVD.

More so, the said study presents that chronic stress appears to be a new and substantial risk for AMI.

A 2010 report by Live Science said the hair on our head is dead, although its root, or what's called the follicle, is alive.

More so, substances like cortisol, for one, which get released into the bloodstream when we are stressed, can leak into the follicle from our tiny blood vessels in the skin of our scalp.

Since the hair grows about once centimeter each month, most people spend many months' worth of cortisol level records sitting above their heads. Previous gauges of cortisol in urine or blood could record just a couple of hours' or days' worth of hormone.

Check out more news and information on Cortisol on Science Times.