Why Do Students Do Not Want To Turn On Their Cameras During Online Classes?

As COVID-19 continued to spread worldwide, schools have also adapted by conducting online classes instead of face-to-face classes to follow health protocols. But this has proven to be challenging over the past few months, with students and teachers experiencing problems in internet connection and many others.

Another problem also, at least for the teachers, is that not all of their students open their cameras during their online classes. Some teachers said that at first, they took it personally but later on accepted the reasons of some students for opting not to use their cameras.

According to a survey by researchers from Cornell University, some students cited privacy concerns and concerns regarding their appearance for a no-video zoom meeting. They also cited ways how to encourage students to turn on their cameras. They published their findings in Ecology and Evolution. 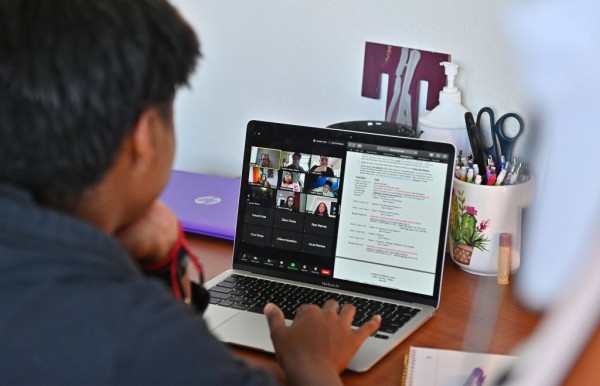 Reasons Why Students Do Not Want To Turn On Their Cameras

Cornell University instructor Mark Sarvary observed the great difference between face-to-face classes versus online classes. Comparing the two settings, he said that students are more likely to work in groups and teachers can assess them whether they understand the lessons or not, which is unlike in online classes.

Together with his co-instructor Frank Castelli, they surveyed 312 students in the class at the end of the semester to know their reasons for not using their cameras.

The researchers think that explicitly encouraging the use of a camera could boost participation without any adverse effects.

Castelli said that they think requiring students to turn their camera on would disproportionately affect the underrepresented minorities in the class and other certain groups. These groups are generally conscious that people may see what's behind them, their location, and the people who walk behind them.

Their findings were somewhat similar to a survey by Norman Eng, Ed. D., a teacher trainer, professor, and author. According to his survey, the three main reasons why students do not turn on their cameras during online class are privacy, self-conscious, and not camera-ready or their appearance.

Talking about the underrepresented minorities, Castelli said that creating a more inclusive and equitable strategy by not requiring the students to use cameras but instead encouraging them through active learning could be effective.

Moreover, establishing camera use as the norm by explaining that it can improve the class and employing active learning activities like ice breakers at the beginning of each class, like a show-and-tell, could boost participation in using the camera, the researchers said. In that way, students may feel more comfortable opening their cameras.

According to Science Daily, the researchers also said that addressing potential distractions during the online class, giving breaks to maintain attention, and asking students about what problems they encounter with camera use could help.

READ MORE: Online vs. In-Person Classes: A Look Into Anxiety in Teens

Check out more news and information about Online Classes and Psychology on Science Times.