Experts Found At Least Six Super-Earths Dancing Around a Star; What Makes It Special?

A team of researchers came across a community of at least six exoplanets (in the super-Earth to mini-Neptune regimes) following a rhythmic, interstellar dance around a host star.

The finding could give a clearer picture of creating planets around stars and how they develop over time.

Research released Monday in the journal Astronomy and Astrophysics outlines the observation. 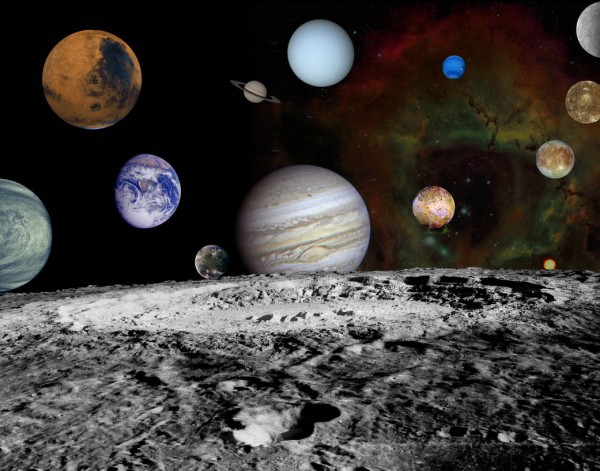 (Photo : This montage of images taken by the Voyager spacecraft/Image credit: NASA)

Five outer exoplanets adopt a repeating trend of the same planets trying to align in their orbit every several cycles around their star, as captured by this visual animation of the planets' orbit.

The scientists behind the observation discovered TOI-178, a star in the constellation Sculptor situated some 200 light-years away from Earth.

At first, they assumed there had been two planets circling at about the same distance around this star. However, their measurements showed several six exoplanets orbiting the star until they had a closer look.

The five outer planets adopt a peculiar cosmic course. They orbit around the star in a sequence that repeats itself every few orbits, except for the planet situated nearest to its host star.

Around Jupiter, where three of the moons adopt a rhythmic pattern as they orbit around the gas giant, this form of orbital structure may also be seen.

Jupiter has 79 confirmed stars. But three of them are trapped in a special orbital configuration: Io, Europa and Ganymede. Io, the nearest of the three to Jupiter, completes four full orbits for every orbit which Ganymede completes around Jupiter. Europa completes two full orbits.

ALSO READ: Experts Discovered a Weird, Hot Jupiter as It Passed Through a Star

According to the researchers behind the report, though, the orbital trends that the five exoplanets adopt are even more complicated and the longest one ever found.

The planets would converge every couple of orbits in a repetitive pattern.

Not only is the orbital pattern of these five outer planets cosmically calming, but it also offers scientists insight into how these planets have formed and grown.

Yann Alibert, a researcher at the University of Bern and co-author of the report, said per Phys.Org that the orbits in this system are quite well organized. The latest data, according to Alibert, informs us that this system has developed very gently since its formation.

Planets create a gas and dust disk that circles the star of their host. But they continue to shape and adopt an orbit around the star. Approaching asteroids or other flying objects that damage them frequently disrupt them and throw them away from their orbit.

Since the cosmic dance of these planets has stayed unchanged, the TOI-178 scheme shows minimal disruption.

The researchers behind the thesis are planning to make further observations of exoplanets circling their host star, discovering numerous trends that will help them grasp planetary creation history.