Conventional wisdom dictates that roots cannot penetrate hard, compacted soil because it is too difficult for roots to physically push through. But new research from researchers at the University of Nottingham suggests that biological signals could be switched off to enable the roots to penetrate the compacted soil.

Modern agriculture faces a major problem in soil compaction due to the increasing weight of farm equipment that squashed under the weight of the soil above, making it difficult for roots to penetrate the layers of earth, which contain nutrients and moisture.

The effect of soil compaction could range from reduced soil growth that adversely affects the water and nutrient uptake, which then leads to 25% crop yield losses.

Additionally, climate change makes the losses even greater because combined with compaction, crop yields are further reduced by up to 75%. This means farmers would lose billions of dollars every year.

But the recent discovery of why roots cannot penetrate the hard, compacted soil could help crops grow even in the most damaged soil, the World Economic Forum reported. 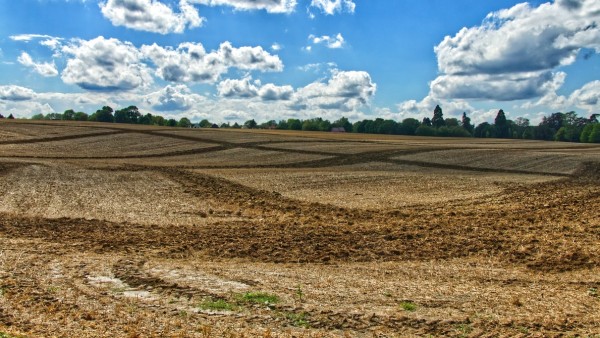 (Photo : Unsplash)
Preparation of the field for the next crops

The researchers found that there is a biological signal that can be switched off to help the roots penetrate the soil. This is controlled by a hormone called ethylene, which is a gas released by the plant from the tips of the roots.

According to BMC Biology, ethylene gas is a major plant hormone that influences the growth, development, and stress responses of the plant throughout its life cycle. It is also responsible for fruit ripening. Practical knowledge of ethylene gas could lead to substantial improvements in agriculture.

The researchers experimented in using plants with a genetic mutation that left them not being able to detect ethylene signals. They found that the roots have the ability to penetrate the hard, compact soil, but they cannot do that with the ethylene-based stop signal.

They believe that their findings could open up opportunities to select compact soil-resistant crops to prevent losses due to compacted soil. But since ethylene gas is also important as resistance to pathogens, the researchers said that more targeted gene editing and genetic modification (GM) approaches could be used to block ethylene in root tips alone rather than the whole plant.

The findings of the study could be useful in protecting or in increasing crop yields around the world. Crops that can penetrate compacted soil will be able to access nutrients and moisture in deeper soil layers. In return, it will support the growth of larger, healthier crops.

Moreover, crop yields that have naturally extensive root systems can now secure water sources, which will keep them healthy and resilient even during periods of drought distress that are most likely more often to happen with climate change.

Additionally, models suggest that crops that can bury their roots deeper in the soil can absorb more carbon in the soil, therefore, aiding in the efforts to sequester carbon from the atmosphere to limit climate change.

The researchers hope that their findings could help reduce the yield losses associated with soil stress.

Check out more news and information on Crop Yields on Science Times.