Public health researchers led by UNSW Sydney recently approximated the number of cancer cases that need surgery globally every year. They forecasted that the number will go up from "9.1 million to 13.8 million" between 2018 and 2040, a 52-percent rise or equivalent to 4.7 million cases.

According to a ScienceDaily report, the researchers' study presents the greatest comparative rise is occurring in more than 30 low-waged nations, where the number of cancer cases requiring surgery is anticipated to more than twice by 2040 or an equivalent of "314,000 cases to 650,164, or 107 percent."

The modelling research which The Lancet Oncology published on Friday, evaluated global demand for cancer surgery and approximated requirements for surgical and anesthesia workforce from 2018 to 2040.

UNSW Scientia PhD scholar Dr. Sathira Perera, also a lead author of the study said, lack of evidence-based approximates of future demand had limited initiatives to enhance cancer care all over the world.

ALSO READ: What Are the Best COVID-19 Face Masks for Classrooms? 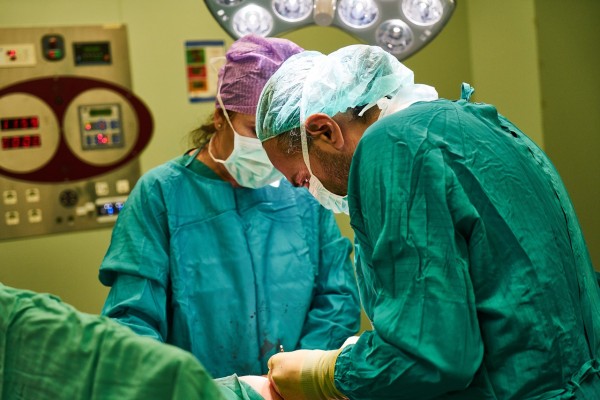 (Photo : Engin Akyurt on Pixabay)
Researchers estimate cancer cases that need surgery globally every year, forecasting the number will go up from “9.1 million to 13.8 million” between 2018 and 2040.

Cancer a Leading Cause of Worldwide Disability and Death

Medical reports have it that cancer is the leading cause of worldwide disability and death. It has significant economic effect too, with recent evidence that suggests a "disproportionate burden of disease in low- and middle-income nations."

Dr. Perera explained, their analysis has shown that, in comparative terms, low-waged nations "will bear the brunt of increased future demand for cancer surgery," bringing with it a requirement to significantly increase numbers of both surgeons and anesthetists.

The study findings emphasize a need to act fast to guarantee that increasing workforce needs in low-income countries are properly planned for.

There should be an increased focus on the cost-effective models of care's application, along with an endorsement from the government of scientific evidence to mobilize resources for the expansion of services.

On top of the access to post-operative care is strongly associated with lower mortality. Therefore, enhancing care system worldwide needs to be a priority to lessen the disproportionate number of mortalities after complications.

The modelling study was an international association between the World Health Organization, UNSW Sydney, Kings College London and University of Toronto researchers.

Essentially the study authors applied best-practice guidelines, patient characteristics and cancer stage data for the calculation of proportion of newly detected cancer cases that need surgery in over 180 countries.

To predict surgery demand in the future, the researchers applied such rates to GLOBACAN cancer occurrence predictions between 2018 and 2040.

The research did not analyze the effect of COVID-19 although the study investigators recognize the delivery of high-quality post-surgery care is more problematic during a global health crisis.

Shortage of Surgeons and Anesthetists Globally

For optimal cancer surgery services delivery today and in the future, the study authors predicted too, needs for surgical and anesthesia workforces.

To assess present staffing gaps, the researchers compared the optimum approximated workforce with the number of surgeons and anesthetists for every country.

According to Dr. Perera, there's a present shortage of almost 200,000 surgeons and more than 85,000 anesthetists worldwide.

Aside from the shortage in workforce, study authors recognized that approximations in their study depended on several hypotheses.

Perera explained, they based their predictions of cancer rates in the future on 2018 approximations, although country-level changes like economic developments or changed modified capacity to screen for advanced diagnosis could affect cancer occurrence and thus, also the surgical demand and workforce needs.

RELATED TOPIC: It May Feel Uncomfortable, But Wearing Mask During Exercise Should Not Damage Oxygen Intake