Scientists recently discovered the oldest evidence yet that people in modern Kenya and Sudan were consuming milk products starting roughly 6,000 years ago.

Humans' history with milk shows a chicken-or-egg problem that humans could not digest the drink prior to their evolution or mutations that helped them do so, yet they had to be drinking milk already to change their DNA.

According to geneticist Sarah Tishkoff from the University of Pennsylvania, there has always been the "question of which came first," which is the "cultural practice or the mutation."

That's before the evolution of 'milk gene' by humans, Tishkoff added, proposing humans were consuming the beverage before they had the genetic mechanisms to have it digested properly. 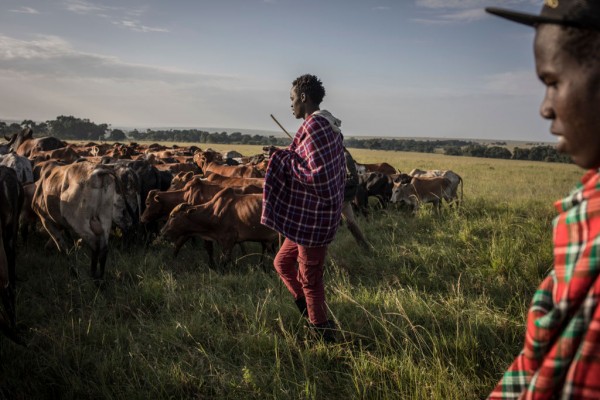 All humans have the ability to digest milk in infancy. However, such a capability to do so as an adult developed only recently, possibly in the last 6000 years.

A few mutations enable adults to develop enzyme lactase, which can have the milk sugar lactose broken down. Essentially, genes that allow what's called "lactase persistence" were found to be widespread in modern Africa, which has four identified lactase persistence mutations.

When the said lactase mutations evolved, they spread quickly. Evidence that humans who carried them had a huge advantage. Tishkoff explained that it was one of the strongest indications of natural selection ever seen.

Science reported that to look into the habit of drinking milk in the past, scientists turned to Africa, the country where societies have "herded domesticated cows, sheep and goats for at least 8,000 years."

The researchers investigated eight skeletons dug in Kenya and Sudan, which were said to be about 2,000 and 6,000 years old.

They scraped hardened dental calculus from their teeth and searched for identified milk-specific proteins trapped inside.

As a result, the study investigators found these people consumed some sort of dairy beverages at least 6,000 years back. Findings were published yesterday in Nature Communications.

Such a study outcome makes this the earliest identified direct evidence for consumption of dairy in Africa, probably even the entire world.

The study also presents "dairying" in Africa "goes back just as far it does in Europe," probably longer. That demeans the myth which white pharmacists have propagated that lactase persistence and milk drinking are in a way, linked to white Europeans.

Moreover, ancient Africans don't seem to have developed any milk-digesting genes, according to evaluation of some of their skeletal DNA which came out in 2020.

Seemingly, according to this new work's co-author Madeleine Bleasdale, who's also an ancient proteins specialist at the Max Planck Institute for the Science Human History, the community "was drinking milk before they had lactase persistence."

The proteins could have been derived from milk, cheese or fermented food products like yogurt for one, which are very common today in Africa.

Essentially, fermentation is a strategy some cultures are using to break down milk sugars prior to their consumption, which make it simpler for people who have no adaptation to drink milk products without consuming raw milk.