In a new study, scientists exposed a whole new cycle of natural hydrocarbon discharges and recycling that a diverse range of small organisms facilitate. This could help researchers understand further how some bacteria have the power to clean up the mess an oil spill creates in the ocean.

In the dreadful wake of an oil spill, it is usually the tiniest of organisms who perform most of the cleaning up. Surprisingly, researchers do not know much about the tools these small clean-up mechanisms have at their disposal and that's what makes this new finding essential.

According to Connor Love, an Earth scientist from the University of California, Santa Barbara, only two marine cyanobacteria types "are adding up to 500 times more hydrocarbons to the ocean" each year compared to the sum of all other petroleum input types to the ocean, including oil spills, oil seeps and run-off from land, among others.

Nevertheless, according to ScienceAlert, different from more familiar contributions of hydrocarbons of humans into the ocean, this is not a "one-way, local dump."

ALSO READ: Chemists Use B12 to Enhance Essential Synthetic Chemistry 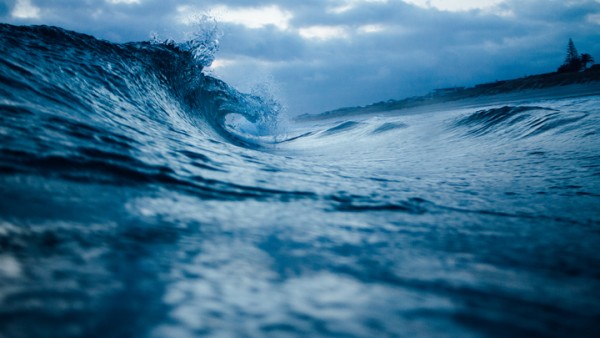 (Photo : PxHere)
Cyanobacteria Prochlorococcus and Synechococcus are both responsible for around one-fourth of the worldwide ocean’s ‘conversion of sunlight energy into organic matter’ and past lab cultivation showed they generate pentadecane in the process.

The 'Pentadecane' or nC15 Form

Such hydrocarbons, mainly in the form of nC15 or pentadecane, are spread through 40 percent of the surface of Earth, and other bacteria are feasting on them.

In addition, they are constantly being cycled in a manner that Love, together with his colleagues approximate, only roughly two million metric tons exist in the water at any single time. Love explained that every two days, one produces and consumes all the pentadecane in the ocean.

At present, hydrocarbon footprints can be seen in the aspects of the majority of surroundings. Humans discharge these molecules consisting of only carbon and hydrogen atoms in various ways, the bulk through removal or use of fossil fuels. Plastics, cooking, painting and candles, among others, also contribute to said discharge.

Therefore, it should not be a big surprise that traces of humans' own emissions drowned out their capability of seeing the enormous hydrocarbon cycle that naturally takes place in the oceans.

Identifying This Global Cycle for the First Time

It took some effort for Love and the team to clearly determine such a global cycle for the first time.

As indicated in the said report, "far from most human sources of hydrocarbons, the North Atlantic subtropical waters" which are poor in nutrients, the research team needed to position the ship they sampled "from face to the wind" and thus, the diesel fuel that contains pentadecane too, did not pollute the seven sites of study. During the collections, no one was allowed to cook, smoke or paint on deck.

On land, the scientists were able to validate the pentadecane in their seawater samples "were of biological origin" through the use of a gas chromatograph.

Analyzing the data gathered, the researchers discovered pentadecane concentrations increased with larger abundance of cyanobacteria cells, and the geographic and vertical distribution of hydrocarbon was consistent with the ecology of microbe.

As specified the study, Cyanobacteria Prochlorococcus and Synechococcus are both responsible for around one-fourth of the worldwide ocean's "conversion of sunlight energy into organic matter" and past lab cultivation showed they generate pentadecane in the process.

Check out more news and information on Hydrocarbon in Science Times.