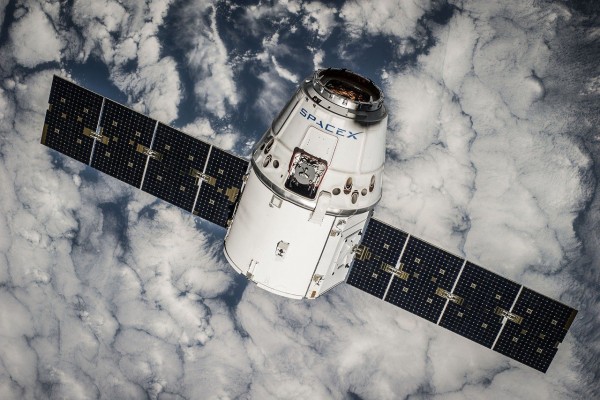 Until launching, the two elements will be combined with each other, the deadline for which will be 'not sooner' on a Falcon Heavy with an approximate price tag of $332 million as of May 2024.

Since its successful test flight in early 2018, the Falcon Heavy, which has a much greater lift power than SpaceX's now regularly deployed Falcon 9, has only had two operational launches (with Starman and a Tesla Roadster, you may remember). Arabsat-6A debuted in April of 2019, and STP-2 a few months back, but since then the Strong hasn't seen much combat. (However, multiple missions are scheduled for next year.)

However, NASA's selection of the spacecraft as the one that would carry these two major elements to lunar orbit is a big acknowledgement, and if the agency's own Space Launch System appears to be postponed, it could potentially snowball into further work down the road.

According to SlashGear, Gateway is NASA's groundbreaking future outpost planned to orbit the Moon, where it will act as a long-term human flight station for lunar missions and deep space exploration in the more distant future. The outpost appears to be the main feature of the Artemis project, which, among other aspects, aims to return colonists to the Moon.

What Would They Bring to The Lunar Outpost

As the two parts are named, the PPE and HALO have the necessities for a lunar orbital habitat that is self-sustaining: basically the pressurized cabin and the power supply that holds it is working and enables maneuvering. So you could say that they're basic.

They're tall, too, and they can't be sent up on smaller rockets in 10 separate bits. But there are precious few usable heavy launch vehicles, and they seem to have agreed that SpaceX's was the best bet, having already flown three successful flights.

This project, worth more than $330 million in launch and associated expenses, is a serious investment that will entail a lot of cooperation involving SpaceX, NASA, Northrop Grumman (which is building the HALO) and Maxar Grumman (making the PPE).

Although the launch is expected no earlier than May 2024, when several delays accrue, the deadline may (and is indeed highly likely to) fall. The whole Artemis program is undergoing a time of convergence with fact, and while new goal dates have not been established for all the optimistic proposals created over the past four years, few of the old ones have been replicated the way they were last fall.

Nevertheless, a five to six-year attempt to travel to the moon's surface is also very optimistic, given "we're going to stay there," which has become the usual NASA refrain.

As the organization comes to terms with itself over the next few months, we can presumably learn more about the current timetable.

The lunar gateway would act as a celestial way station for explorers flying tens of millions of miles from the lunar surface at its furthermost near-rectilinear halo orbit around the earth, about one-sixth the scale of the International Space Station. Until transiting to low-lunar orbit, the potential space station would act as a rendezvous site for Artemis explorers, and the surface of the moon itself.

NASA and its commercial and foreign collaborators will launch new explorations of deep space, by research and technology, from within the Gateway.

The initial launches of SpaceX would come under the Launch Services Network of NASA at Kennedy. PPE is under development at Maxar Technologies in Westminster, Colorado, as of writing, while HALO is at Northrup Grumman Space Systems in Dulles, Virginia, in the concept and production phases.

But the public-private relationship is deepening with NASA's new deal with SpaceX-in brief, trusting a private aerospace firm to take the first steps of placing humans on the moon again.

Check out more news and information on Space and SpaceX on Science Times.