After Denmark said it would stop new exploration of oil and gas in the North Sea, it would totally phase out production of fossil fuel by 2020. This European country is currently planning the next step in its transition, which is to build an artificial island to serve as a clean energy hub.In the long run, it wants to produce zero-carbon fuel through wind power.

This artificial island, which, according to a Forbes report, will be around "1.3 million square feet in size." That's equivalent to roughly 18 soccer fields, making it the largest construction project in the history of Denmark.

More so, the said island will be built 50 from the west coast of Jutland peninsula and surrounded by 200 to 600 gigantic wind turbines, each possibly taller than the Space Needle of Seattle.

Given the size, the turbines can be bigger than those on land, and, as indicated in the said report, they can access higher wind speeds as well. 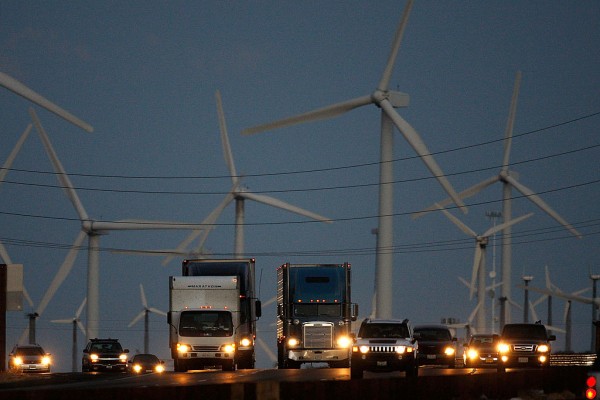 (Photo : David McNew/Getty Images)
The artificial island will be built 50 from the west coast of Jutland peninsula and surrounded by 200 to 600 gigantic wind turbines, each possibly taller than the Space Needle of Seattle.

In its first phase, this artificial island, the world's first-ever clean energy hub, will deliver electricity to three million households. Eventually, the size will get bigger, up to thrice its original size. As huge batteries are added, the hub can then store energy and deliver it on demand.

Even though there's already the existence of wind power, this island, as mentioned, will be considered the world's first-ever clean energy hub. Aside from producing fuel, it will also be capable of collecting and distributing power from various wind farms simultaneously.

According to senior associate Patrick Molloy from RMI, a nonprofit focusing on clean energy, if wind power can be generated cheaply, "you can make very competitive green hydrogen, and it has zero carbon footprint.

Hydrogen is made by separating water molecules with an electric current, and when the electricity is renewable, the hydrogen then, is considered green.

Hydrogen can be used to make ammonia which can be used by cargo ships, instead of fossil fuels. Essentially, ships operating on ammonia are currently being developed now, and are likely to be in use within the next couple of years.

Additionally, airplanes could run too, on green hydrogen or on synthetic fuels that mix the hydrogen with carbon dioxide captured from the atmosphere.

Furthermore, the hydrogen can be used in fuel cells in vehicles and in industrial plants that can run easily on renewable energy.

It could be piped into homes as a replacement for natural gas. Molloy explained, hydrogen offers "a pathway for us to step away from fossil fuels," and to shift to zero-carbon solution in industries that "a very short time ago looked very difficult to reach." The hub will deliver fuel back to Denmark, as well as the surrounding countries by means of undersea cables.

The project, to be funded both by the government of Denmark and private firms, working as partners. It will cost roughly $34 billion and will be the biggest construction project in the history of Denmark. Reports said another energy hub, "will be added later."

This is just a piece of the larger plan of Denmark to quickly cut emissions. By 2030, the country's target is that emissions legally need to be 70 percent lower than they were during the 1990s decade, and by 2050, Denmark has to become carbon neutral.

Check out more news and information on Clean Energy on Science Times.