Experts Say Love at First Sight Exists; How Long Does It Take For Someone Fall in Love?

You may have had friends who admit they fell in love after dating someone for a couple of weeks. But those people may stay together for months or years and still don't know for sure. How long would it take for someone to fall in love? Does love at first sight exist? When you ask yourself why you don't feel "in love" as soon as you think you might, maybe it's time to take a break. And it is always easier, with love, to think in the long term. 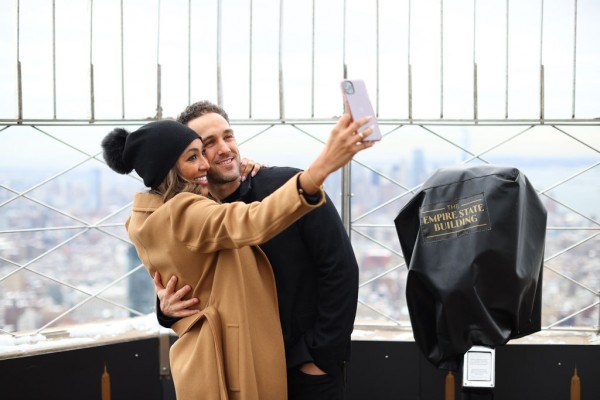 It's not like you wouldn't get intense feelings very easily for someone. Still, sometimes those strong feelings will simply be desire or infatuation, which in the beginning can seem a lot like love. Here is how long, according to research, it takes to fall in love.

How Long Would It Take for Someone to Fall in Love?

If that easily sounds freaky, it sort of is. According to the Personality and Social Psychology Bulletin, you just need an hour with a stranger, plus these 36 get-close-fast questions, and you will fall in love with anyone.

Past polls indicate that men wait only 88 days (that's fewer than three months) for the first time to inform their girlfriend those three little terms (I love you), and 39 percent tell them during the first month. For women, on the other hand, it takes 134 days on average.

If you sleep with this person, expect those mushy emotions to show themselves sooner, orgasms release bonding hormones, especially in women (more on that later).

And even if your significant other's thoughts have not been verbalized, they might still be wondering. One survey in 2011 showed that men considered admitting the truth to their love six weeks earlier than women did, in particular. So, if you think he's late... he's possibly miles ahead of you, really.

Of course, in the actual world, when love chemicals start sabotaging your brain, you probably want to make sure your husband is working and is not still staying with his mother. The thing is, it can be rough.

Love At First Sight Exists, But...

If you want to be or not, you're programmed for love.

Loretta G. Breuning, PhD, Professor Emerita and member of the California State University's Inner Mammal Institute, said that the brain is automatically selected to concentrate on reproduction, even if you do not wish to do so actively.

Breuning, author of Habits of a Happy Brain: Retrain Your Brain to Boost Your Serotonin, Dopamine, Oxytocin, & Endorphin Levels, told Women's Health Mag that your brain is based on survival, and the pinnacle of survival is reproduction.

Whatever the reason, it feels amazing to fall in love. Studies have found that the culmination of many pleasant chemicals in your brain produces a euphoria state.

Love at First Sight Won't Guarantee That The Spark Would Last

Dr. Sandra Langeslag, a behavioral neuroscientist at the University of Missouri, told the BBC that desire helps bind and replicate human beings. Yet, she explained that infatuation and commitment allow the couple to remain together and take good care of their children in evolutionary terms.

Nevertheless, suppose your eyes touch in a room and you get a flutter. In that case, it might just easily contribute to a lifetime connection following the sensation, particularly if you're a prairie vole.