US Military Working on Cell Reprogramming to Heal Wounds Faster

Ever heard of Wolverine from X-Men? The US military is working on cell reprogramming that will give soldiers Wolverine-like abilities, allowing them to heal their wounds faster.

Although this might sound like in the comics or movies, the US Air Force is indeed developing a way to treat wounds, burns, and other injuries on the battlefield at five times the normal rate that wounds naturally heal.

They are working on this sci-fi technology with the researchers from the University of Michigan wherein the process of cell reprogramming involves the modification of its genome using the transcription factors, the proteins that are responsible for stopping different genes "to regulate activities, such as cell division and growth, and cell migration and organization."

Straight News Online reported that the transcription factors could be administered to wounded soldiers through a spray-on bandage where they would be applied directly to wounds to turn the exposed muscle cells into surface skin that will cover the wound and facilitate faster healing of the wound. 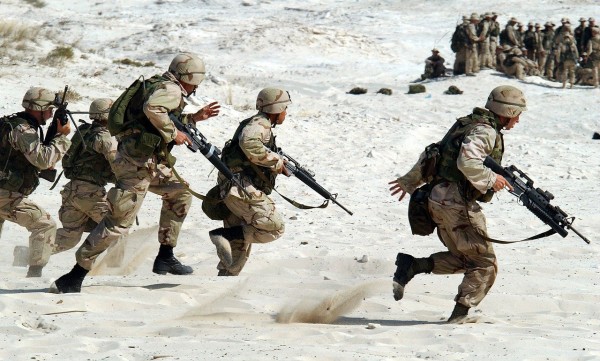 (Photo : Pixabay)
US Military Is Working On Cell Reprogramming to Heal Wounds Faster

The team of researchers both from the US Air Force and the University of Michigan is exploring cell reprogramming that will make wound healing five times the rate of natural healing.

Computational drugs and bioinformatics affiliate professor Dr. Indika Rajapakse said that the cell reprogramming project they are working on is using a cell imaging microscope that will help them see a high-resolution view inside the cells to better understand the wound-healing properties of the cell, MailOnline reported.

According to Rajapakse, the US has the resources that other countries do not have. For that, he believes that it is their country's responsibility to take full benefit from them.

After the modification of the genome, scientists can now write the sequence that turns it into another type of cell when necessary. For instance, when a soldier gets injured, the reprogrammed cells would create a skin that will cover the muscle and facilitate faster healing of the wound.

"This method would convert exposed deep muscle cells into surface skin cells, which would mean a higher probability of successful healing than the current methods of skin grafting," Rajapakse said.

The team has developed a data-guide algorithm for the cell reprogramming project to mathematically identify the correct transcription factors and tell what part of the cell cycle will the transcription proteins will be most efficiently be useful to create the desired change.

"It's rare that mathematics provides such promising results so quickly," said AFOSR's Dynamical Systems and Control Theory portfolio program officer Dr. Frederick Leve. "It usually takes decades for basic math research to make it into models which can be applied to a technology."

But in this case, it only took a few years.

How Long Do Wounds Heal?

According to Healthline, the time it takes for wounds to heal depends on how deep or large the cut is. Some of the wounds could take a few years to completely heal, like open wounds.

Johns Hopkins Medicine noted that wounds are usually repaired after three months. While the University of Rochester Medical Center said that the new skin tissue would become 80% as strong as the original skin.

There are four stages of wound healing: homeostasis, clotting, rebuilding of tissues and strengthening. Ultimately, the body has the ability to heal wounds although it may take some time.

Check out more news and information on Reprogramming on Science Times.