Freshwater Fish Feared Extinct: Here's How to Safeguard Its Population

Latest report shows that ⅓ of freshwater fish from lakes and rivers face an extinction crisis that will have significant adverse effects on ecology, biodiversity, and food supply for millions.

A coalition of 16 conservation groups published a new report with WWF warning of the extinction-level threat that ⅓ of freshwater fish species face due to anthropogenic activity.

In a statement, Stuart Orr, WWF global freshwater lead said, "Nowhere in the world's nature crisis more acute than in our lakes, rivers, and wetlands, and the clearest indicator of the damage we are doing is the rapid decline in the freshwater fish population."

WWF, along with other organizations such as Conservation International, Alliance for Freshwater Life, and The Nature Conservancy organized the report and stressed the importance of diversity of freshwater fish for human wellbeing. 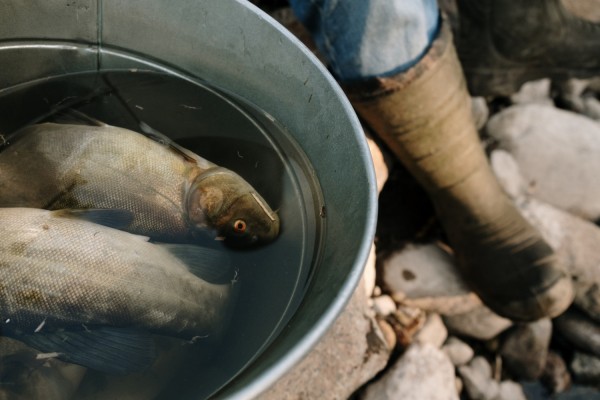 (Photo : Photo by cottonbro from Pexels)

In total, there are 18,075 freshwater species globally, which accounts for 51% of all fish species, and 25% of all vertebrates. Freshwater fish are a vital food source for more than 200 million people worldwide and are a source of livelihood for roughly 60 million people.

The IUCN Red List of Threatened Species declared 80 species to be extinct, with 16 species being declared in 2020 alone.

Despite the looming extinction of one-third of the freshwater fish population, it gets less attention than its saltwater counterparts, say the authors. The report titled "The World's Forgotten Fishes," argues that policymakers globally rarely consider river wildlife when making decisions and conservation efforts.

Safeguarding the Future of Freshwater Fish

Although freshwater fish biodiversity is threatened by overall human activity there are more significant threats to the population.

Orr tells NBC News, "As we look to adapt to climate change and we start to think about all the discussions that governments are going to have on biodiversity, it's really a time for us to shine a light back on freshwater,"

In order to safeguard the future of freshwater fish, report authors outlined a six-point plan:

The report calls on world leaders to highlight and include freshwater ecosystems in ambitious biodiversity agreements at the next UN Convention on Biological Diversity, Kunming, China.