Jupiter, Saturn, and Mercury will all be noticeable in the night sky this week. This unusual 'triple conjunction' will not happen after five more years. 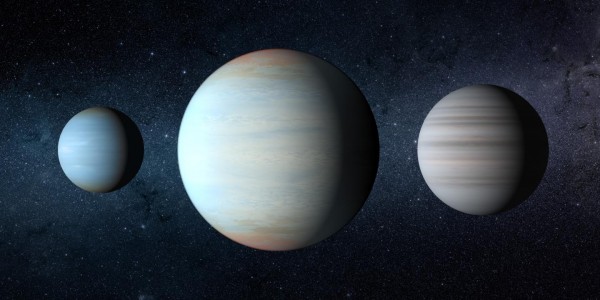 You need to get ready for February 25 to 28, when Mercury visits the outer gas giant planets Jupiter and Saturn from our viewpoint here on Earth.

This is the closest in years the worlds have been when they create an equilateral triangle in the night sky.

This is what you need to know how, where, and where you can see this unusual planetary trio.

Where Can We See The Three-Planet Conjunction?

The activity will take place low on the eastern horizon just before dawn on Feb. 24. With Mercury above it and Saturn higher still to the southeast, stargazers will see Jupiter nearest to the horizon.

Jupiter will climb higher than the horizon as the week progresses and continues to pass closer to Mercury.

Why is it Usually Visible in the Morning?

Daily Mail said these planets are better seen on a beautiful morning with a clear view of the eastern horizon with the help of binoculars or a telescope. Cloudy weather may eliminate the chances of finding the triple conjunction. Still, before Sunday, you should be able to try seeing the planets every morning.

While our line of sight of all three planets drastically altered, there would be no single moment when these three planets are at their nearest during the mornings.

When Did The Previous Time Triple Conjunction Happen?

Jupiter and Saturn coincided more closely than they have for decades during the last major conjunction event - emerging over Christmas as a very bright star.

Evening Standard said the last time these two realms were so together was in 1623. The last triple conjunction of Jupiter, Saturn, and Mercury occurred 21 years ago.

The triangular forms are common, just like Venus, Mercury, and Jupiter appeared together in 2015. How does this happen? It's how we see the night sky to a certain degree. We see the faster-moving inner planets, Venus and Mercury, moving positions quickly as Earth revolves around the Sun. Other outer planets move even more slowly.

Therefore, how the Earth orbits could contribute to why the planets' location tends to change rapidly. Here is a simple way to think about that; as seen from the windshield of a passing vehicle heading at 90 mph, an automobile driving at 80 mph may tend to move backward.

Three-planet conjunction, therefore, refers to when three planets arise in the same 5º region of the sky.

RELATED ARTICLE: 4 of the Weirdest Kinds of Planets Ever Discovered