Snow Moon: Here's How To Catch It This Weekend

Amidst the bitter cold brought by winter this month, more snow is expected to come. It even inspired the full moon's name this month, otherwise known as the "Snow Moon." This full moon every month of February is named after the snowy weather this month.

But whatever the weather will be, whether it is snowy or you are just starting to experience relief from warm sunny conditions, the Snow Moon will appear full to all the sky gazers this weekend.

If you are one of those sky gazers or just want to see this bright full moon in the night sky this week, set your alarms already so you do not miss it. But before that, here is some trivia why this full moon in February is called the Snow Moon. 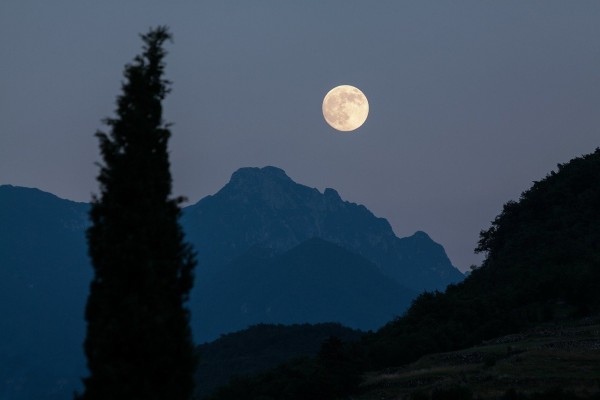 (Photo : Pixabay)
What Is Snow Moon and How To Catch It This Weekend?

What is Snow Moon?

Fox5 reported that full moon names every month correspond to the seasonal changes within that period. That means the February full moon is no exception to that rule.

This month's full moon is called the Snow Moon because it occurs typically at the time of the year when the largest amount of snow than any other month during the winter season. This is confirmed by the measurements of the National Weather Service stating that, on average, February is the snowiest month in the United States.

According to The Old Farmer's Almanac, Captain Jonathan Carver wrote the name for February's full moon in the 1760s when he visited Naudowessie, Dakota because he also observed a large amount of snow falling during this time.

Indeed, this observation is also similar to what is happening with places in the country like Texas which is facing an atypical snowfall.

What Time Will the Snow Moon Appear This Weekend?

The Snow Moon this month will reach its peak at 3:19 ET on February 27, but it can be seen earlier on the evening of February 26, House Beautiful reported.

The world during these two nights would likely see a moon that appears to be full to the eye on both nights as its light could be seen from dusk until dawn. Also, a bright star near the moon would likely pop up as dusk turns to darkness on Friday night.

To get an optimal view of the snow moon this weekend, Metro advised to get up high where there is less light pollution. Speaking of light, turn off the lights indoors to improve the visibility of the night sky.

Also, Parkdean Resorts said that it is best to see the night sky this weekend to see the snow moon when the skies are clear. This advice is also applicable when stargazing.

RELATED ARTICLE: Earth Will Lose Its Second Moon; Goodbye, 2020 SO!

Check out more news and information on Moon on Science Times.