Air fryers have quickly made their way to many homes, now being regarded as the must-have kitchen appliance to enjoy healthy and guilt-free food. But with its surge in popularity, many question if air fryers are really healthy?

These table-top appliances are ergonomic and often an aesthetic addition to any kitchen. They are advertised to lower the fat content of your favorite foods such as fried chicken, nuggets, french fries, and more.

Luckily, science is here to test whether or not air fryers are healthy alternatives or are they just a pretty addition to your kitchen.

What Is an Air Fryer And How Does it Work?

Essentially used as a convection oven that can bake and roast, air fryers, patented by Philips Electronic Company, mimics deep-frying by only using hot air and often no oil.

In recent years, air fryers have risen to popularity with 37% of US homes having at least one air fryer as of July 2020.

Air fryers work using a heating element above the basket where food will be placed and a large, powerful fan at the bottom that circulates hot air around the food ultimately resulting in crispy food in half the time.

This process leads to a Maillard effect, a chemical reaction between amino acids that reduce sugar due to the presence of heat. This alters the flavor and color of your food. 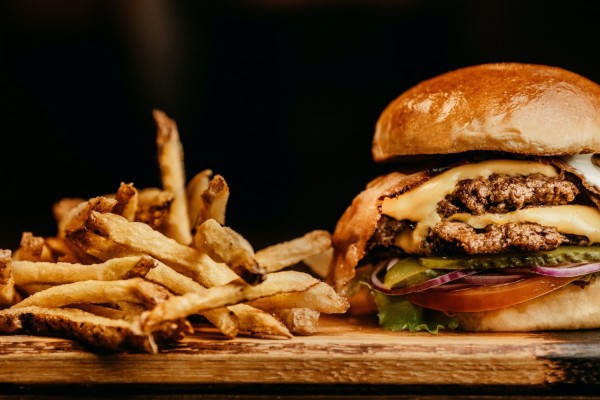 ALSO READ: New Insights Into the Link Between the Sweet Taste of Sugar and Regulating Satiety Revealed

Deep-fried foods are commonly known to have higher fat content compared to food prepared with other cooking methods. For example, a piece of chicken breast contains roughly 30% more fat when deep-fried compared to the same piece when roasted.

A study entitled "A Comparative Study of the Characteristics of French Fries Produced by Deep Fat Frying and Air Frying" compared characteristics of air-fried and deep-fried french fries shows that the final product of air-frying contains significantly less fat but had a similar color and moisture content.

This can have a major positive impact on a person's diet. Higher intake of vegetable oil fat has been linked with increased risks of heart disease and inflammation.

Can Air-Fryers Help in Weight Loss?

Analysis of 33,542 Spanish adults that consumed higher fried foods was seen to have a greater risk of obesity.

Since air-fried foods have a lower fat content than deep-fried counterparts, switching to an air fryer is a simple way of cutting down on calories.

Additionally, air-frying cuts down on potentially dangerous compounds such as acrylamide, formed when carbohydrate-rich foods are cooked in high temperatures such as frying.

Overall, air-frying deserves to be placed on a pedestal for offering a hassle-free healthy alternative to conventional deep-frying that will surely let you enjoy your favorite foods with less guilt.

RELATED ARTICLE: How Much Can Caffeine Affect Your Brain Structure?