Researchers from the University of Shanghai for Science and Technology (USST) in China, RMIT University in Australia, and the National University of Singapore (NUS) used earth-rich lanthanide-doped upconversion nanoparticles and flakes from graphene oxide.

This material choice allowed them to circumvent the existing limitation of laser-enabled optical writing data storage, an emerging technology that has been limited by light's natural limitations up to which bits can be scaled for storage. Their study, titled "Nanoscale optical writing through upconversion resonance energy transfer," appears in the journal Science Advances. 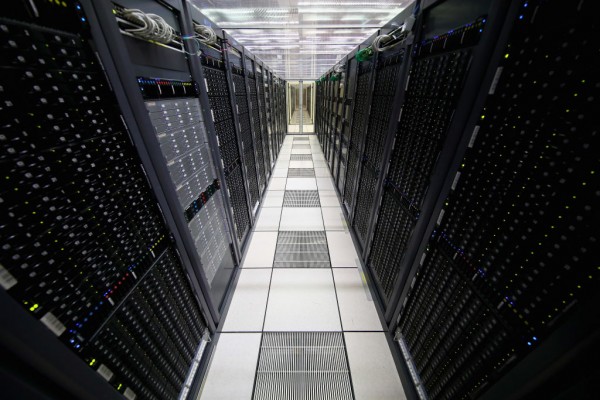 (Photo: Photo by Dean Mouhtaropoulos/Getty Images)
MEYRIN, SWITZERLAND - APRIL 19: A general view in the CERN Computer / Data Centre and server farm of the 1450 m2 main room during a behind-the-scenes tour at CERN, the World's Largest Particle Physics Laboratory on April 19, 2017, in Meyrin, Switzerland.

The Demand for Scalable Data Storage

A whitepaper prepared by the International Data Corporation, titled "Data Age 2025," predicts that by 2025, the total amount of data generated all over the world will be reaching 175 zettabytes. A zettabyte, for context, is equivalent to one billion terabytes. If these 175 zettabytes of data were to be stored in Blu-ray disks, according to a USST press release, the stack of disks would be enough to close the distance between the Earth and the Moon 23 times.

One of the existing solutions in the increasing data storage problems is the continuously growing numbers of data centers, most of them catering to Big Data. These data centers, meanwhile, consume large amounts of energy to keep running - about three percent of the world's power supply goes to data storage and management.

With the new material used in the international study, researchers were able to demonstrate low-power optical writing of information bits at the nanoscale. Once implemented, an improved data density is now possible - allowing for an estimated storage capacity of 700 terabytes of data on a single 12-cm optical disk, or the rough equivalent of 28,000 Blu-ray disks. Additionally, the novel technology is cost-effective, using continuous-wave lasers that could drive down costs compared to traditional optical writing methods that used expensive and bulky pulsed lasers.

Aside from its data storage potential, the new scaled optical writing method can also open a potential improvement in the existing optical lithography of nanostructures in carbon-based microchips, which could lead to next-generation nanophotonic devices.

To write data, researchers used upconversion nanoparticles to locally reduce graphene oxide through controlled illumination. A sub-diffraction process allows information bits to be stored on the nanostructure. Using a resonance energy transfer process, researchers were able to induce high-energy quanta from the upconversion nanoparticles to the graphene oxide.

The sub-diffraction optical writing technology is capable of producing an optical disk with the biggest storage capacity available. Researchers claim that the technology is key in mass-producing optical disks with greater storage, thus creating a more cost-effective and more sustainable medium for carrying the increasingly large data generated all over the world.

Check out more news and information on Data Storage in Science Times.