Quitting drinking alcohol is not easy to do, especially if drinking alcohol has become a habit. People drink alcohol to lift their spirits or quell their anxieties to make them feel more social. But if it becomes alcohol abuse, quitting is the only option to be healthy again.

Too much alcohol in the body could have major impacts on one's mood. But it also happens when one stops drinking. Neuroscientist Kristen Willeumier, Ph.D. says that a lot of work is needed to get through some hurdles of quitting.

According to her, alcohol may modulate the mood but it affects multiple neurotransmitters that could result in a range of emotions from feeling confident, energized, happy, and relaxed to feeling aggressive, depressed, irritable, feeling tired, and restless. 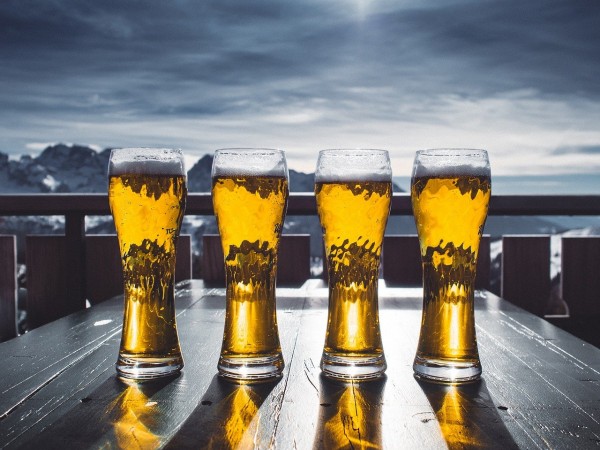 The initial adverse effects of quitting alcohol could vary depending on the amount and how often a person drinks, according to Well and Good.

Dr. Willeumier said that mild to moderate alcohol drinkers or those who drink one to three times a week could experience withdrawal symptoms, like changes in their sleep patterns and moods when they stop drinking.

But once the neurotransmitter systems are back, the person's mood will be restored and will experience sharpness in the memory, alertness, and focus.

Moreover, Dr. Willeumier also identified some adverse effects of alcohol drinking. She said that it is linked to impairments in cognition, emotion, and behavior. Although alcohol consumption could relax and lift the mood, it contains ethanol that depresses brain function which leads to a hangover, exhaustion, and depression.

But long-term use could lead to an addiction that impairs a person's information processing that leads to aggression, violence, and risk-taking behaviors. It also impairs motor control, like slurred speech, slowed reflexes, and balance.

Most importantly, it alters brain structures and functions that increase the risk of mild cognitive impairment and dementia.

According to Recovery Research Institute, recovering from alcohol abuse shows an improvement or even complete recovery in the short-term memory, long-term memory, verbal IQ, and verbal fluency of people who were once alcohol abusers.

The structure of the brain could also recover once the person quits from drinking alcohol. The volume of the hippocampus, a brain region responsible for memory, will start to increase as well as in most brain regions. It is a good thing as it means that the brain is recovering from the damage caused by the alcohol.

Furthermore, six months of abstinence showed a reduction in the likelihood of individuals in early recovery to resume drinking when confronted with alcohol or its related cues in their natural environment.

RELATED ARTICLE: Giving Up Alcohol For A Month Has Lasting Benefits

Check out more news and information on Alcohol Consumption and Alcohol Abuse on Science Times.