An MSN news report said the scientists pioneered research on the development of migraine treatment. In a press briefing, Goadsby, a King's London neurology professor said, he is excited that a study on migraine is getting this award and that the condition, this disabling condition, a brain disorder, is being acknowledged appropriately.

On October 25, 2021, the awarding ceremony is happening in Copenhagen where the said Denmark's Crown Prince Frederick would award brain prize. 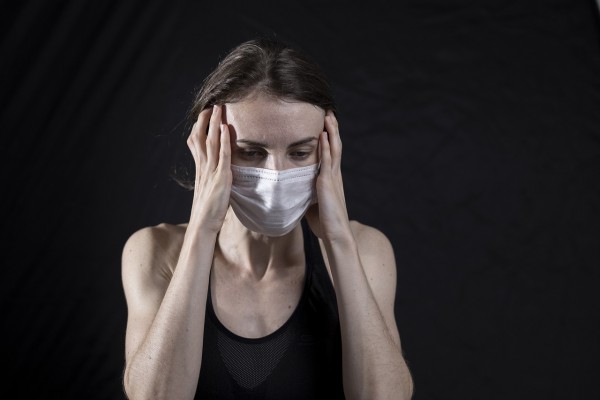 (Photo : Engin Akyurt on Pixabay)
A study finds migraine affects around one in seven individuals around the world and is roughly three times more typical among women compared to men.

This award-winning study is revolving around unraveling migraine's neural basis. The scientists describe the condition as a crippling neurological condition characterized by a series of throbbing headaches, dizziness, vomiting, nausea, excessive sensitivity to sound, smell, touch, and smell.

Additionally, migraine affects around one in seven individuals around the world and is roughly three times more typical among women compared to men.

In the United Kingdom, it has been approximated that migraines lead to a loss of 25 million school or workdays every year, at an economical cost of approximately US$3.1 billion.

For quite some time now, migraine was perceived as a psychosomatic illness, resulting from individuals failing to deal with stress. Even though treatments were available, such medications only helped relieve migraine symptoms instead of solving the root cause, unidentified.

An Interaction Between the Nerve and Membranes

In the late 1970s, the Harvard Medical School neurology professor suggested that migraines result from an interaction between the trigeminal nerve, which is engaged in identifying sensations from head and face, and the thin, pain-sensitive meninges' membranes surrounding the brain.

The scientists showed that migraine attacks were stimulated when trigeminal nerve fibers emitted chemicals identified as neuropeptides that led the meninges' blood vessels to dilate, leading to inflammation and pain. As a result, he proposed that blocking these neuropeptides' actions could offer a new treatment type.

Olsen's additional work revealed that when migraine patients were provided with CGRP, it could prompt an attack and that the medications that prohibited the neuropeptide could help in migraine treatment.

In the early 2000s, Olesen and his team published the findings of an extensive clinical test that suggested that such CGRP antagonist drugs worked in the acute treatment of migraine episodes.

Commenting on the results, Goadsby said he thinks the essential thing about this study is that it's showing a neuroscience-based method has value and that research on beside and bench married together has the capability of changing clinical practice.

The said announcement is shown on Lundbeckfonden' YouTube video below:

RELATED ARTICLE: Top 3 Positive Feelings for an Increased Level of Happiness, According to Science

Check out more news and information on Migraine in Science Times.