A new 3D printable bioink has been developed by a team of researchers from Lund University in Sweden, that could bring human organs' 3D printing one step closer to reality.

According to a 3D Printing Industry report, made up of combined alginate derived from seaweed and lung tissue, the bioink allows biocompatible constructs assembling human-sized airways to be 3D printed.

Once the constructs are printed, they support the growth of new cells and blood vessels in the transplanted material. More so, while lung tissue was the concentration of the preliminary study published in Advanced Materials (Extracellular‐Matrix‐Reinforced Bioinks for 3D Bioprinting Human Tissue), the bioink can reportedly be adjusted for any type of organ or tissue.

A such, the study investigators, headed by Darcy Wagner, an Associate Professor, and the study's senior author, believe that their work detects a promising new class of bioinks for 3D printing functional human tissue for transplantation. 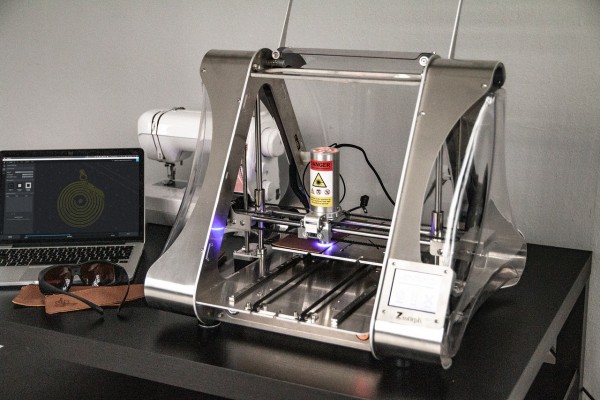 (Photo: ZMorph3D on Pixabay)
Researchers of this study said their work detects a promising new class of bioinks for 3D printing functional human tissue for transplantation.

Wagner, together with her team, started to combine aligenate derived from seaweed with an extracellular matrix derived from lung tissue for the formation of the bioink.

The bioink was then laden with stem cells detected in human airways and 3D printed to form multifaceted and mechanically stable tissue constructs that simulated the said airways.

Wagner explained, they began small by constructing small tubes, since this is a feature identified in both airways, and in the lung's vasculature.

By using their new bioink with stem cells separated from patient airways, the researchers were able to bioprint small airways which comprised multiple layers of cells and stayed open over time.

The 3D printed constructs comprised perfusable tubes, as well as branching structures that spanned the human tissue's anatomical length, and which did not necessitate external support structures.

The existence of the extracellular matrix within the bioink reportedly contributed to the enhancement of the human progenitor cells' survival.

Human progenitor cells are descendants of stem cells that differentiate further to generate specialized types of cells, during the bioprinting process to allow issue-specific cellular differentiation, as well as vascularization of the implant within the transplant area.

For the transplant area, the researchers used a mouse model that nearly resembled the immunosuppression applied in patients who are going through transplantation.

Immunosuppression refers to the condition at which the immune system is not functioning as well as it needs to be, which can be caused by medical procedures like this one.

Wagner said the 3D printed constructs formed from the developed bioink inhibited the foreign body reaction, were said to be pro-angiogenic, and supported the formation of blood vessels.

This is an outcome of the ability of bioink to maintain its biological activity both during and after the process of printing.

For Wagner's team to continue the advancement and improvement of their newly-developed bioink, 3D bioprinting's resolution should be further improved. Printing in higher resolution would enable the researchers to 3D print more distal lung tissue and alveoli, which are essential for gas exchange, and to bring completely 3D printed lungs closer to reality.

Related information on 3D printing for human organ is shown on Market Watch's YouTube video below:

Check out more news and information on 3D Printing on Science Times.