Deepfake technology has increasingly become eerily good over the past years. In February MyHeritage unveiled their latest deepfake technology that animates old photos of people to make them look as if they were still alive. Not to mention the deepfake videos of some famous people, like Tom Cruise, have been circulating on the internet.

Now, a 50-year-old Japanese biker has revealed in a television show in Japan that he is also using photo editing apps that use deepfake technology to fake his photos and make him look like a young woman. 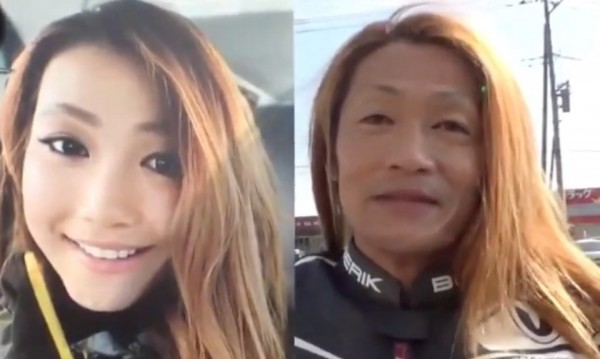 A deepfake technology story has gone viral over the weekend when a popular Twitter user in Japan with the username @azusagakuyuki has revealed his true identity. His followers know him as a young female biker. But in reality, he is a 50-year-old man.

His name is Zonggu, an avid biker, and dedicates his channel to showcase anything about motorcycles. According to IFL Science, Zonggu admitted on the TV show Getsuyou Kara Yofukashi (Monday Late Show) that people were not watching his content when he was not using the deepfake technology.

"No-one will read what a normal middle-aged man, taking care of his motorcycle and taking pictures outside, posts on his account," he said.

That was when he decided to experiment with photo editing apps to alter his photos by making him look like a young female person.

There are a lot of face-changing apps available online, such as FaceApp, Reface, and more. The apps use impressive AI technology that makes the finished product almost impossible to identify from the real image.

After using the deepfake technology, Zonggu noticed an increase in his followers and likes on his videos. Eventually, Zonggu told BBC News that he got carried away with the app as he tried to make the photo cuter.

He had wanted to increase his social media presence and believed that people would much prefer a young female biker than a middle-aged man.

But despite this revelation, the show received mostly positive reviews from his over 25,000 followers with some even saying that they became a fan when knowing about him on the Japanese TV show.

Deepfake videos and photos use AI technology known as deep learning. It creates fake images and videos that make it looks real. Today, there are several photo editing apps online that are raising privacy concerns among its users.

According to a previous report from Science Times, Coston University law professor Danielle Citron said that advancements in Deepfake technology are currently targeting women. According to Deeptrace, 96% of over 15,000 deepfake videos online in 2019 were all pornographic.

AI companies are now using advanced technologies that will help in identifying deepfake from real, although perfecting it might take some time.

Check out more news and information on Deepfake in Science Times.