Bacteria From Cat-Scratch Fever Associated With Schizophrenia and Schizoaffective Disorder

A pilot study led by a veterinary medicine professor from the University of Wisconsin-Madison found evidence of Bartonella infection from bacteria associated with the cat-scratch disease that could potentially lead to schizophrenia and schizoaffective disorder.

According to the Wisconsin State Journal, the researchers took blood samples from 17 people with medically managed schizophrenia and schizoaffective disorder, and from 13 healthy adults who served as the control group of the study to test for possible Bartonella infection, which is linked to the bacteria from cat-scratch.

They found that 12 out of the 17 patients with schizophrenia had Bartonella DNA in their blood, while only one out of 13 in the control group showed evidence of the infection. Similarly, the two groups reported that they own a pet who had been exposed to fleas. 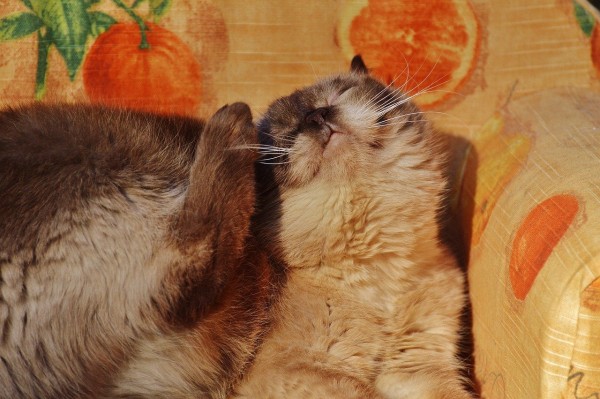 What Is Cat Scratch Fever?

According to Healthline, cat scratch fever is a disease that people get from cats infected with Bartonella henselae bacteria.

The CDC said that the growing adoptions of kittens in the country have led to an estimated 12,000 cat-scratch fever cases, while 500 of them will be hospitalized.

Anyone could get the infection of cat scratch fever when they are bitten or scratched by an infected cat and if the cat's saliva can get into an open wound or touches the whites of the eyes. Occasionally, the infection is carried by a flea or tick that has the bacteria. Humans cannot get the disease from another human.

Now, a recent study reveals that Bartonella DNA from the bacteria that causes cat scratch could potentially cause schizophrenia and schizoaffective disorder.

A study led by Erin Lashnits, a professor at the University of Wisconsin-Madison School of Veterinary Medicine, found evidence of Bartonella DNA in the blood of patients with schizophrenia and schizoaffective disorder.

Lashnits said in a news release by North Carolina State University that researchers have been looking into the connection between bacterial infection and neuropsychiatric disease for some time now.

There were even some suggestions that cat ownership is linked to having schizophrenia due to the zoonotic parasite Toxoplasma gondii. But until now there has been no conclusive evidence to support this claim. That is why researchers have looked into the Bartonella infection if there is a connection.

The cause of schizophrenia and other neuropsychiatric illnesses remains unknown, but scientists are looking at them as disorders of brain networks.

According to a press release by the University of Wisconsin, the study was not designed to demonstrate a causal link between the Bartonella infection and schizophrenia. But the researchers believe that it could support future studies on this topic.

The study is entitled "Schizophrenia and Bartonella spp. Infection: A Pilot Case-Control Study" and was published on March 15 in the Vector-Borne and Zoonotic Diseases.

RELATED ARTICLE: Smoking Could Lead To Schizophrenia And Psychosis

Check out more news and information on Schizophrenia on Science Times.