Most of the time, there is a little agony when biting into ice cream as there's an 'awful jolt of pain.' Researchers from the United States and Germany said that they have just discovered the root of this pain, identifying specific cells found in teeth called 'odontoblasts' or the sense of cold temperatures.

According to a Mail Online report, these said cells are rich in special proteins that are sensitive to cold. They are the same proteins responsible for alerting the brain when we're consuming something chilled.

The research team said that developing drugs focused on these sensors could pave the way to new therapies for cold-sensitivity.

Cold-sensitivity is frequently more extreme among those who have cavities where part of the protective enamel of a tooth becomes worn away by films of microbes and acid.

ALSO READ: Should You Rinse Your Mouth After Brushing Your Teeth? 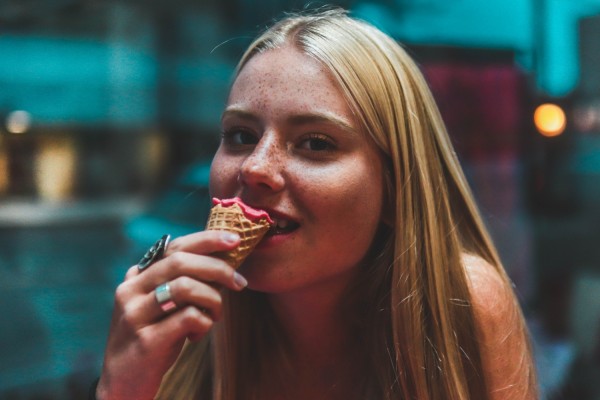 (Photo: Parker Johnson on Unsplash)
There is a little agony when biting into ice cream as there’s an ‘awful jolt of pain’ and researchers from the United States and Germany have just discovered the root of this pain.

It has been approximated that around 2.4 billion or about one-third of the population of the world have untreated cavities in either their 'adult' or permanent teeth.

The study authors, led by David Clapham, a Maryland-based Howard Hughes Medical Institute neurobiologist, did not initially set out to examine teeth. Instead, their paper, published in the Science Advances journal, was originally focused on what they described as 'ion channels,' pores in the cells membranes that function as gates to molecules. (Odontoblast TRPC5 channels signal cold pain in teeth).

When these 'ion channels' identify a given signal like a chemical message or change in temperature, they react by either opening wide or clamping closed.

The former reaction allows ions to flood into the cell, resulting in an electric pulse that travels through other cells and enables the body to communicate information.

Some decade-and-a-half ago, the research team identified that one such ion channel, TRPC5, was excessively sensitive to the cold. It was not clear though where this particular ion channel was used.

At least in a paper published in 2011, the study investigators were able to rule out its operation in the skin using mice as models that lacked the ion channel which was still able to feel the cold.

The main theory of how teeth are sensing cold involved small canals inside the teeth, containing fluid that moves when there is a change in temperature.

It was through that occurrence, probably, that nerves could sense this movement's direction, and therefore, signal whether a tooth was either cold or hot.

Clapham said they could not rule this theory out. Nevertheless, he explained, there was no direct evidence supporting it either.

The problem is that he added, movement of fluid in teeth is particularly hard to investigate as accessing the teeth's inner workings involves cutting through layers of enamel and dentin sans pulverizing the soft pulp that such shields.

Despite the challenges, when Clapham, together with his team, studied teeth from human adults, nonetheless, they discovered that they indeed have TRPC5 ion channels, as they had previously guessed.

Furthermore, TRPC5 was found to be more abundant in teeth with cavities, which are extremely more sensitive to cold compared to their healthy counterparts.

To examine further, the research team conducted experiments on live mice, having their neural activity recorded as they came into contact with an ice-cold solution.

In regular rats, the team discovered that the chill sparked the activity of the nerves. Nevertheless, mice that didn't have TRPC5, or had undergone treatment with a chemical that blocked the ion channel did not respond in a similar way.

The team discovered too, that TRPA1, one other ion channel, also seems to play a role in reacting to cold temperatures.

Lastly, the research team traced the TRPC5's location to a particular cell type in teeth identified as 'odontoblasts' found between the surrounding dentin and the pulp.

Consequently, when an individual bites down into ice cream, especially if he has cavities and exposed dentin, it is these said cells packed with TRPC5 that are picking up on the cold sensation and alerting pain signals that shoot off to the brain.

Ion channels, the basis, are explained on The Physiology Channel's YouTube video below:

Check out more news and information on Oral Health Care on Science Times.