A study finds evidence that the Environmental Protection Agency (EPA) is underestimating Methane (CH4) emissions produced from oil and gas production in the agency's annual inventory of US Greenhouse Gas Emissions and Sinks.

Why Should We Worry About Methane?

According to the Climate & Clean Air Coalition, Methane or CH4 is a greenhouse gas emitted by anthropogenic activities like raising livestock, natural gas, and oil production. Like atmospheric carbon dioxide, methane also has a direct influence on the planet's climate and an indirect effect on human health.

Although methane has a shorter life span of 12 years compared to Carbon Dioxide, it is more efficient in trapping radiation.

Methane effectively warms the Earth 84 times as much as CO2 in a 20-year period, where 60% of the global CH4 emissions come from human activity. 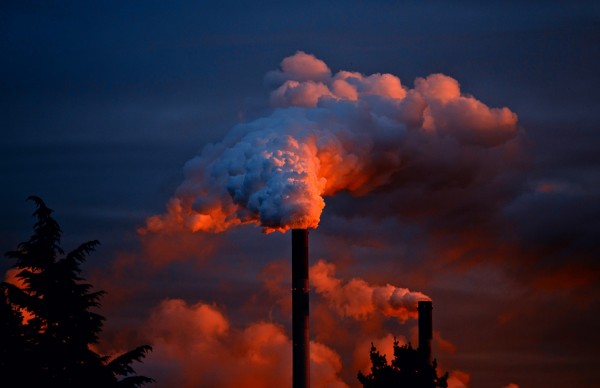 Researchers from Harvard John A. Paulson School of Engineering and Applied Sciences found evidence that emissions of methane from oil production are 90%, while emissions for natural gas is 50% than what the EPA estimates in the agency's latest inventory.

The paper published in the journal Atmospheric Chemistry and Physics, entitled "2010-2015 North American methane emissions, sectoral contributions, and trends: a high-resolution inversion of GOSAT observations of atmospheric methane" was led by Joannes Maaskkers, a former SEAS graduate student who developed a method to effectively trace and map out total methane emissions by cross-examining satellite data with on hand information on the ground.

Maasakkers, current scientists at the SRON Netherlands Institute for Space Research says that the research is the first country-wide assessment on the emissions reported by the EPA to the United Nations Framework Convention on Climate Change.

As of yet, the EPA only reports the US' national emissions to the UNFCC. Maasakkers and his colleagues, including Daniel Jacom from the Vasco McCoy Family Professor of Atmospheric Chemistry and Environmental Engineering at SEAS, in previous researches, worked with the EPA to map out regional methane emissions from various sources in the country.

The level of detail gatherers was then used to simulate how methane moves through the planet's atmosphere.

In the recent paper, researchers compared earlier simulations to satellite observations from 2010-2015. A transport model was used to trace the path of methane emissions from the atmosphere back to the ground and identify areas where observations and simulations weren't the same.

Maasakkers explains that when emissions are observed from space, researchers can see how total methane emissions from an area should be scaled up or not, but won't be able to identify the source of the emissions.

He adds that since researchers spent time with the agency to figure out where different emissions occur, they were able to use a transport model to go back and figure out which sources are responsive for the under- or over-estimated national total.

The team found that the largest discrepancy of emissions can be found from oil and natural gas productions.

Researchers hope that future studies will be able to provide more clarity on where emissions are coming from and how they change.

RELATED ARTICLE: Will Hurricanes and Typhoons Get Stronger in the Near Future? [Explainer]