The Autonomous Aquatic Inspection and Intervention or A212, an autonomous robot, a result of an extensive United Kingdom collaboration led by Rovco, including Forth Engineering, Di RisQ, and the National Oceanography Center, Thales UK, and Manchester University, is designed to eliminate the necessity of sending people to hazardous environments.

According to an Interesting Engineering report, the A212 exhibited its capabilities in hazardous environments in a 1.2-million-liter tank facility of Forth in Maryport.

The current autonomous robots function as any inventions from warfighters to fruit pickers. To date, there is a newly invented robot that exists and its main objective is undoubtedly a useful one and that's to clean underwater nuclear waste. 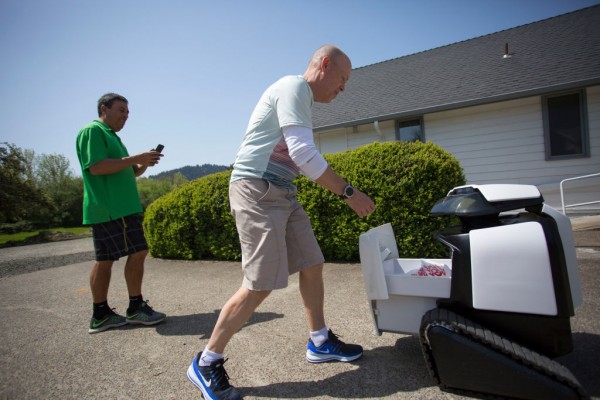 No Need to Send People to Hazardous Environments

According to Revco senior robotic engineer Gary Cross, the entire challenge of this particular work was eliminating people from hazardous environments.

He also said, one of the crucial things is increasing the distance between the invention's operator and the environment they are working in.

More so, the simplest way of doing it, the senior robotic engineer added, is by making the vehicle "remote, remotely controlled, and remotely operated."

The A212 autonomous robot utilizes a system also called SubSlam so that it can live-stream 3D images of matter in a pent fuel pond. Meanwhile, onshore pilots can decide quickly on what to do with these substances.

This autonomous robot turns out to be particularly handy in circumstances where nuclear materials are in danger of colliding with one another.

Those involved in this project said that their work was not without its fair share of struggles most especially when it comes to latency.

As the distance between the operators and the tools they are using increases, so does the latency in communication, resulting in excessive difficulty in operation.

Therefore, technology like the advanced perception system, as well as the mapping capabilities, according to Cross, "allows us to use the autonomy" in order to provide suitable systems to the pilots.

Pilots for this project can still be in control in a safe and meaningful manner within the pond, Cross added.

Furthermore, the A212 autonomous robot is designed with collision avoidance systems built in to confront whatever comes its way.

If everything falls into place with continued trials, the company may someday be able to eliminate all operators from hazardous and unforgiving nuclear environments.

Sellafield Ltd. Robotics and artificial intelligence manager Chris Ballard said that this latest development in autonomous robots is a huge advancement from what had been seen in earlier drop trials.

Ballard added that the benefit there is within the company is that there is a need to look at eliminating human operators from the harsh environments. Usually, these things are done by means of tele-operational controls.

The AI manager also explained that what's seen, as demonstrated by A212, is the probability for autonomous procedures where live environments can be mapped.

Lastly, the autonomous robot's exhibition has enabled them to see what is happening in harsh, dangerous, or hazardous environments.

A similar report is shown on Forth Engineering's YouTube video below: