In a new breakthrough in the field of genetic engineering, researchers have successfully fabricated an artificial single-cell organism that can grow and divide like a normal natural cell.

The new development is now capable of mimicking aspects of the natural cell division cycle that could offer a better understanding of cellular behavior. Researchers demonstrated this new technology in an engineered single-celled organism designated JCVI-syn3A and is a result of decades of genome sequences and studies that aims to understand the function and purpose of each individual gene inside living organisms.

Researchers present their findings in the online journal Cell, March 29, with the report titled, "Genetic requirements for cell division in a genomically minimal cell." 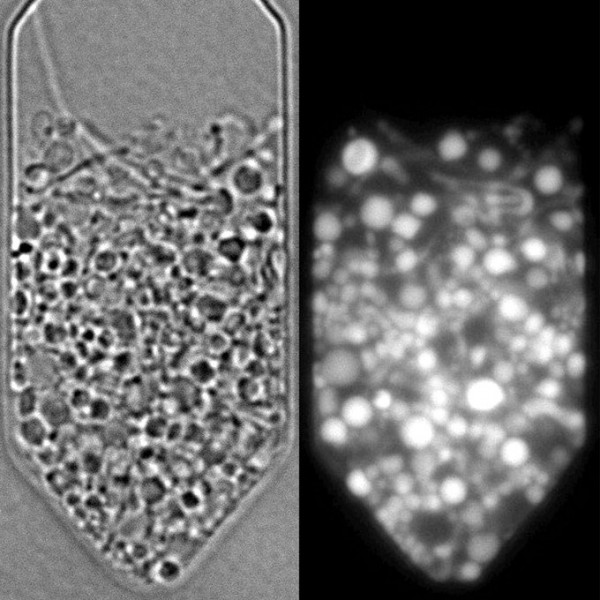 Result of Years of Effort

"Our goal is to know the function of every gene so we can develop a complete model of how a cell works," said biophysicist James Pelletier, one of the authors of the study from the Massachusetts Institute of Technology (MIT) and the National Institute of Standards and Technology (NIST), in a NIST press release.

The latest achievement traces its origins to the 1990s, with more significant advancements after the turn of the millennium as researchers were able to synthesize a virus that was able of infecting bacteria in 2003.

According to the NIST press release, scientists first created the synthetic single-celled organism that contains 473 genes five years ago. However, when it began growing and dividing, it produced cells with "wildly different shapes and sizes."

With the latest single-celled organism, scientists have already identified seven additional genes that can be integrated into the JCVI-syn3A and control its growth and division behavior, better mimicking natural cells that uniformly divide into equal orbs. The project is a long-time collaboration between the NIST, the MIT Center for Bits and Atoms, and the J. Craig Venter Institute (JCVI).

The identification of the seven additional genes could make the synthetic single-celled organism more useful in a variety of applications - from drug and nutrition delivery to detection of foreign materials in the human body, or simply function as miniature computers.

JCVI scientists created the first cell having a synthetic genome back in 2010. However, it was not entirely fabricated from scratch, with the scientists using a mycoplasma - a simple bacteria usually without a cell wall - as the basis. After removing the original DNA in these cells, they replaced it with a new DNA they have designed with a computer and synthesized in a laboratory. This cell was originally called JCVI-syn1.0

This artificial single-celled organism became the basis for further studies, with researchers further breaking down the bacteria into more basic units. Five years ago, they were able to construct JCVI-syn3.0, which was the simplest unit derived in the project so far.

Now, they have added 19 more genes back to the super simple JCVI-syn3.0, which includes the seven genes needed to control its growth and division behavior. This led to the JCVI-syn3A, which has less than 500 genes in it. In comparison, the E.coli bacteria that thrive in the human gut has about 4,000 genes, and a human cell contains about 30,000.

Check out more news and information on Cells in Science Times.